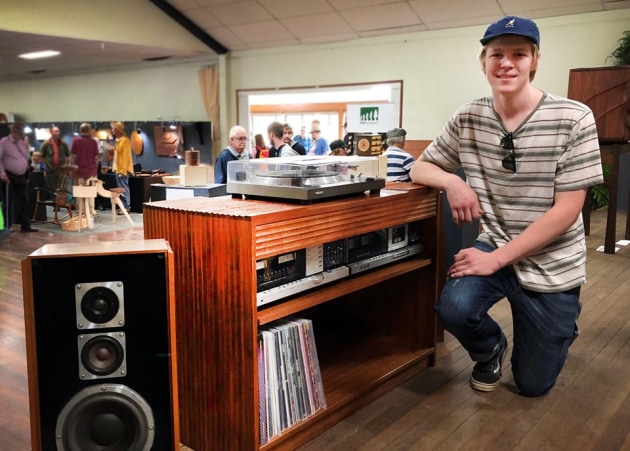 William Bayliss, recipient of the Centre for Fine Woodworking's residency program scholarship is pictured above with his Torrent Hi-Fi cabinet in blackwood which was the winning entry for this year's Wootha Prize at Queensland's Maleny Expo.

At age 21, NSW furniture maker William Bayliss has already amassed more first place wins than 99.9% of us will ever have the skill, let alone fortune to win. And here we truly mean Fortune with a capital F.

Just announced as the Centre for Fine Woodworking's scholarship winner, William will now travel to Nelson, New Zealand in January 2020 to take part in a six-week open studio program which runs alongside the artist residency of Canadian designer maker Michael Fortune.

William narrowly won the scholarship from a field of 20 ‘very strong design proposals’ received by the CFW from across the globe. ‘A strict scoring criteria was used to select the best candidate for this exciting and once-in-a-lifetime opportunity’, said School Manager Helen Gerry.

‘Having to send letters to the other applicants to say they were unsuccessful was hard, especially as the calibre of project proposals were very impressive, so thank you to those who took the time and effort to apply,’ Helen Gerry said. ‘For us here, what is very apparent is that residencies such as ours are very rare in the Southern Hemisphere and we are committed to offering more opportunities in the future.’

William’s most recent award was $10,000 cash as overall winner of the Sunshine Coast Wootha Prize at this year’s Maleny Wood Expo. Last year his entry, made collaboratively with employer Evan Dunstone, was selected for Studio Furniture 2018 and exhibited at Bungendore Wood Works Gallery. In the same year, Willliam was recognised as FIAA Apprentice of the Year as well as the John Tiddy Memorial Award winner at AWISA 2018. 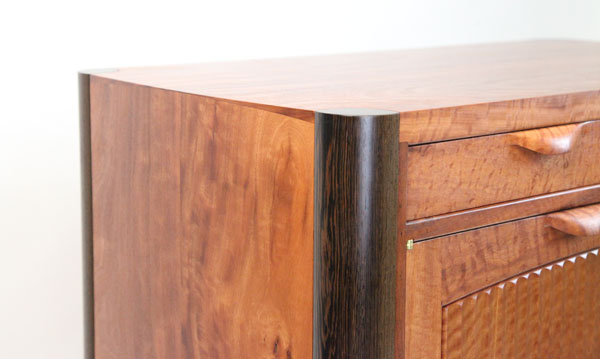 The journey of this serial winner began (officially) at the age of 16 when he was apprenticed to Dunstone Design, one of Australia’s leading bespoke and limited edition furniture workshops. As a qualified maker William is still part of the Dunstone Design team, however the CFW scholarship will now provide him with a valuable opportunity to take time out from work to further develop his own design aesthetic under the mentorship of Michael Fortune is who is internationally renowned as a furniture designer maker and educator. 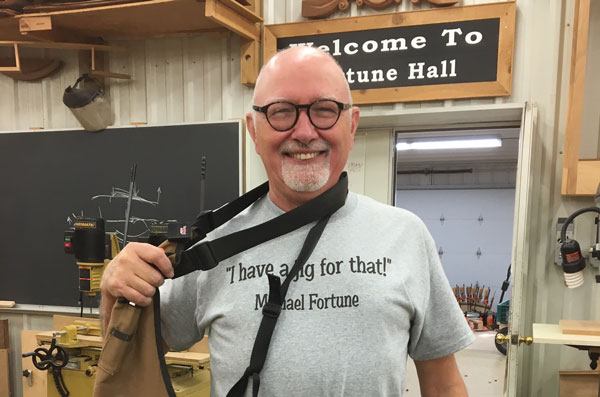 In a happy coincidence you can read an article by Michael Fortune in the latest issue of Australian Wood Review which has only just been printed and should be at newsagents around Australia within days.

Learn more about the Centre for Fine Woodworking at www.cfw.co.nz 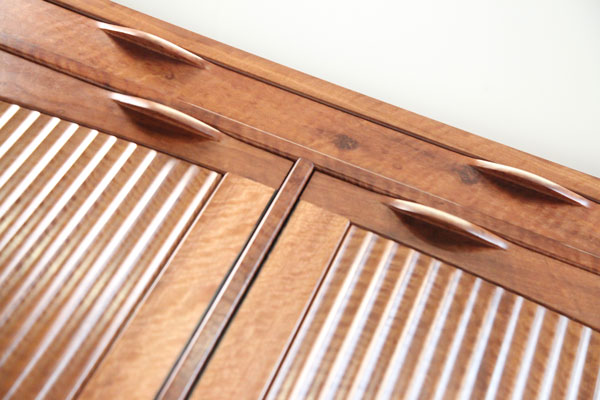