We are constantly inundated with ads for new tools and gizmos that manufacturers claim we can’t live without. It can be hard to wade through the hype and know if a tool will be truly useful. The following items have proven themselves time and time again and have become go-to tools in my studio. I use them on almost every project. And best of all, they are inexpensive!

I love my Shinto rasp! Most of my furniture components are highly shaped. Once I remove as much of the waste wood as possible with power tools, the first hand tool I turn to as I start refining the parts is my Shinto. 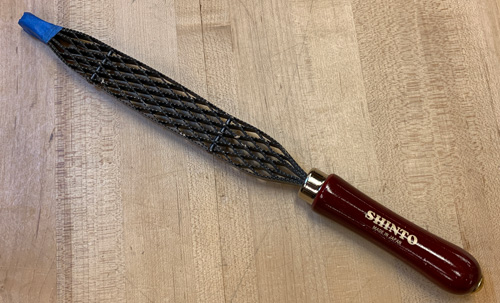 It looks quite barbaric with all of its teeth bared, but it removes material quite quickly. And, unlike a spokeshave or plane, it doesn’t really care about grain direction. It has fine teeth on one side and coarse teeth on the other. I typically use the coarse side because it’s so quick. The marks left behind are easily removed with a card scraper. It can also be used to shape non-ferrous metals if you lubricate the teeth with paraffin wax.

I prefer the model with the inline handle rather than the one with the knob in the middle which gets in the way and puts the pressure of the tool in the wrong place. To protect my hands and my work I wrap the end with a couple of strips of tape.

I have a strict ‘no 90’ policy in my shop. That means there are no 90° edges on anything I do and every edge gets some sort of profile. What I love about the Queen Anne bit is that it is such a gentle radius and I get a defined hard line at the top and bottom surfaces, which I prefer to a bullnose profile. 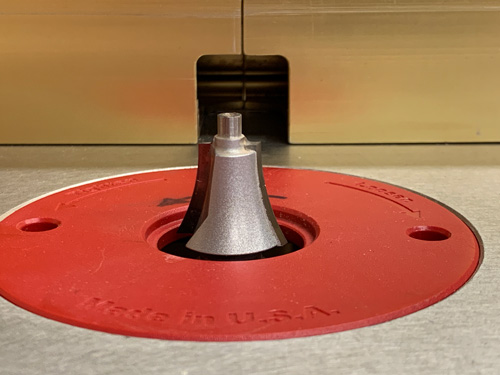 Before I found this bit I was buying the biggest round-over bits I could find, but even those radii were smaller than what
I wanted. Plus that was a lot of steel swirling at 12,000rpm just so I could get a gentle profile. I tend to use mine without the bearing, instead aligning the cutting tip to the fence on my router table. This gives me a bit more control of the profile.

I find that most push paddles with the rubber on the bottom don’t live up to their task. They often slip, creating a dangerous situation. Additionally, because of their design you have to push down to get any purchase, which means you are putting pressure on the infeed table when jointing. 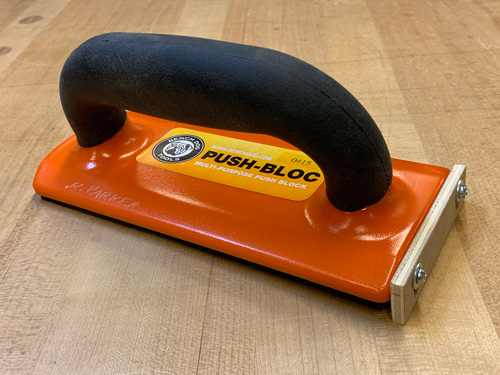 The folks at Bench Dog have come up with a gecko-like rubber that actually grips whatever I’m jointing or routing. I feel confident that their push paddles won’t slip during use. I’ve also modified mine so that I can extend a ‘foot’ when I would like the extra security of a hook.

Kelly Parker is a furniture designer maker who lives in Kansas City, USA. Kelly appeared on the cover of AWR#104 and in the same issue wrote an article about boxmaking which you can now see here. Learn more at www.woodsongstudio.com