The wood chosen for handles of striking tools such as axes, picks, hammers and mallets, needs to possess certain qualities.

High shock resistance is an essential requirement. When an axe strikes wood the energy is partly dissipated in removing the chip, and partly absorbed by the handle in the eye of the axe. Energy absorbed in this way is sufficient to cause mechanical damage to the handle if the wood does not possess this so-called ‘toughness’. The durability of a handle also relates to its ability to withstand misuse resulting from miss hits

Weight and flexibility are of lesser importance. Shock travelling through the handle that is felt as a jarring in the hands relates to ‘stiffness’. Generally stiff timbers transmit jarring because they do not deform much. The weight of the wood is another factor. High density species can be avoided as their additional weight may lead to unnecessary exertion.

The timbers best suited for tool handles have a high toughness. Of the timbers classed as handle timbers, American hickory has the best reputation on account of this property.

Toughness as a measure for selection

Toughness has been investigated and confirmed by testing. It is the capacity of wood to absorb shock energy from impact loads. When a sudden blow to a fixed size specimen is applied by means of a falling pendulum, the amount of work required to break the specimen is measured.

Unfortunately impact strength is one of the most variable properties measured in timber and is affected by decayed wood or exposure to high temperatures. Interestingly, the variation of toughness with moisture content (MC) is erratic. In softwoods, maximum toughness occurs in green wood. Hardwoods tend to behave similarly except that the values at around 10% MC tend to be greater than that of the green. 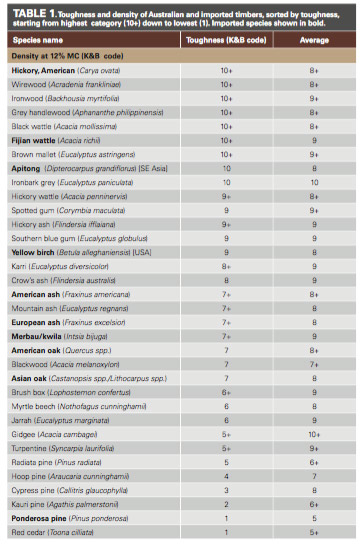 Table 1. Toughness and density of Australian and imported timbers, sorted by toughness, starting from highest value (category, 10+ down to lowest 1. (Imported species shown in bold)

In Table 1, Australian timbers are listed in order of toughness value and compared with some imported timbers. Hickory ranks first, and American and European ash are in an intermediate position. The Australian timbers included are of interest from the standpoint of their characteristic toughness but unfortunately few are still available in commercial quantities. 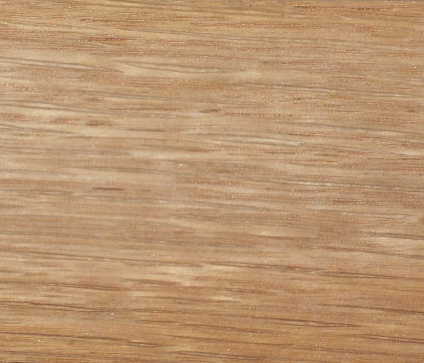 Species such as Asian oak (Lithocarpus spp.) which is shown above, not only exhibit lower toughness than hickory but tend to be inferior to Australian species as well. In my experience, resulting from enquiries at CSIRO over the years, Lithocarpus has featured often as an undesirable alternative to true oak, but unfortunately it is a species still found in less than high quality tool handles. In all cases good old spotted gum, even if not in the same league as hickory, is eminently superior. 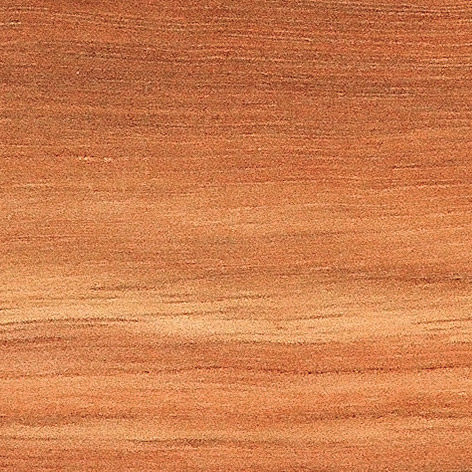 Several of the species listed in Table 1 with toughness values above 9 are eminently suitable for axe handles and heavy tool handles as well as sporting equipment from which good service can be expected provided care is taken in selection of the material. One of the reasons hickory is so well accepted is that it is subjected to careful selection (grading) for slope of grain and undesirable defects. 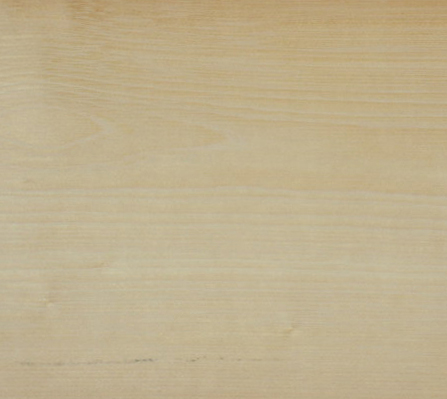 In the past perhaps less attention has been paid to grading of Australian species such as wirewood, grey handlewood, and brown mallet with the result that the timbers probably did not have receive the recognition they deserved. Interestingly with reference to Table 1, on the basis of toughness the species exhibiting a toughness value of 10 or better are eminently suitable for use as tool handles requiring the strength to withstand hard blows particularly the ones with lower density (8+) equivalent to hickory. 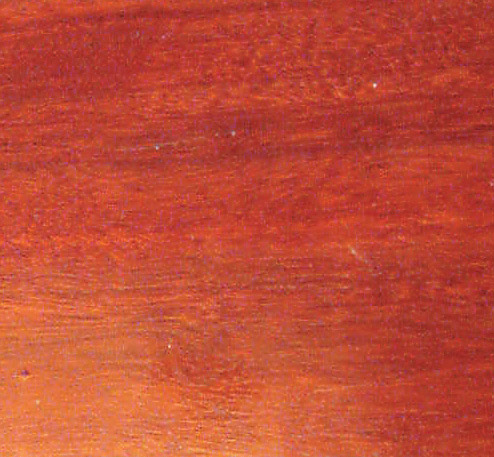 Intuitively it may be thought that high density species which are generally hard, heavy and tend to have a high modulus of elasticity, e.g., turpentine and gidgee should be suitable as tool handles, but these characteristics are not related to shock resistance as both species have a low shock resistance compared to hickory and wirewood.

Another interesting example is that of jarrah and karri, structurally the species are very similar indeed with equivalent density, but karri is considerably tougher. Fairly well known species with toughness values lower than 7 (K & B code) have been included for comparative purposes see AWR#52, p.84, Timber Substitution. 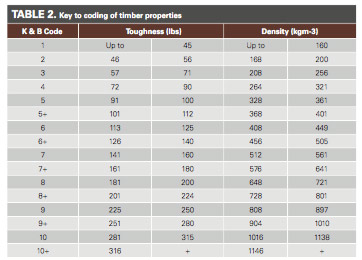 The grading of timber can compensate to some degree for lower toughness values. Sloping grain in excess of 1 in 20 is likely to cause a split which runs ‘out’ at some part of the handle and a 1 in 10 slope of grain produces a 43% reduction in toughness. Knots, kino/gum pockets and gum or kino veins should be avoided.

Sapwood, though not lacking in strength, should be rejected in Lyctus susceptible species, or, if practicable, treated, since borer attack may occur in susceptible sapwood if the handles are stored for any length of time. Material with end and surface checks developed to any depth is undesirable as they reduce initial strength and may cause further weakening by enlarging in service. Brittle heart is another serious defect, because unfortunately it is extremely difficult to detect. Generally material near or the heart (pith) or adjacent to decayed parts of the tree may be suspect.

Dr Jugo Ilic worked as a wood scientist as CSIRO for 36 years. As part of his research activities he authored the CSIRO Atlas
of Hardwoods and curated the Australian Wood Collection.