Rob and Maree Parker and their daughter Joanne lived since the early 1970s at Dundurrabin, a small village near Dorrigo, NSW, an alternative and close community nestled in a rich rain forest area. Its inhabitants were attracted to a diversity of activities, some related to the surrounding bush. In Rob’s case, timber getting for the purpose of producing split shingles for roofing and wall cladding became an early woodworking activity.

Training in surveying at the University of NSW in the mid 1960s and working in the profession for a number of years, prepared Rob for his exploration in the Mid-North Coast forests. Working in with the local Forestry Commission offices and understanding the process of selecting, felling and converting wood in the forest informed him on the nature, potential and limitations of these forests. 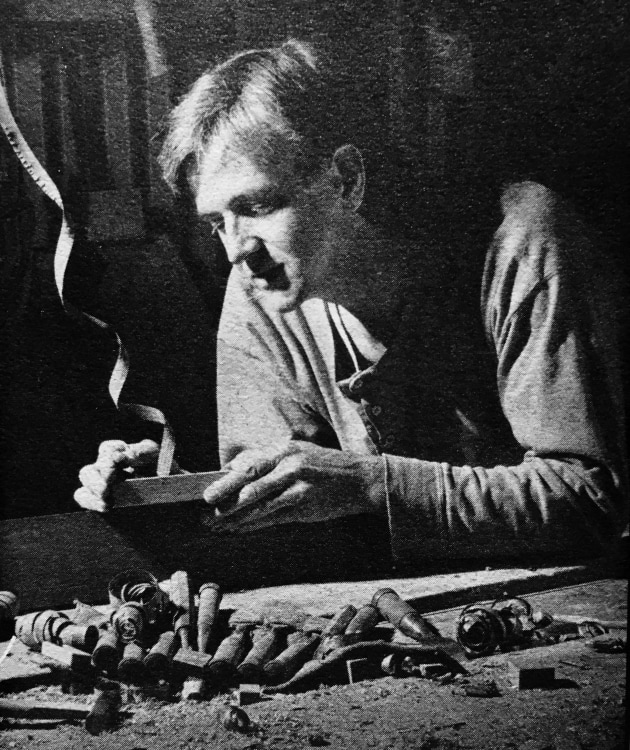 Rob Parker had a sharp mind and and great insight into the issues of sustainable management of rainforests. His attitude to conservation is highlighted in his own words in 1987, writing in an exhibition catalogue: ‘Very few people understand forest ecology. I have been living and working in forest-related work for ten years and am more and more humbled by my lack of knowledge, despite constant experience and study.’ Such was his attitude of respect towards the careful management of the resource he was using. His ongoing experience and discussions with other wise heads led to Rob’s special insight and understanding of the potential for sustainable forest management.

Years ago I was fortunate to spend time in a State forest observing Rob felling a selected Forestry Commission approved tree, and splitting roof shingles using a froe and a timber maul. I recall drinking Earl Grey tea boiled in the billy (Rob was a unique bushman), and later, getting stuck on a wide ford in the middle of the Blicks River. Here the trusty Holden ute gave up its endless battle with bush tracks and river crossings and took a break in an inconvenient location. The chainsaw had to be carried out to the distant bank through freezing water, and left in the bush, while we tramped out to the nearest farmhouse, a fair distance away, to phone Maree – as well as organise a tractor to haul the ute from its dramatic parking spot.

Maree Parker, Rob’s life partner, was a strong supporter of his commitment to sustainable forestry, and together they formed Cockatoo Creek Timbers in the early 1980s. Rob would be out in the bush, selecting trees, felling, chainsaw milling, loading and then stripping out the green timber back at their property at Dundurrabin, while Maree ran the office, fielding enquiries, processing orders and ensuring that transport and deliveries were carried out efficiently.

When Rob joined the Woodworkers Group of NSW, he became the timber supplier for many of its members. He informed them about the process of extracting timber in a sustainable way, and provided a diverse range of North Coast timbers: rainforest and open forest species as scrub beefwood, rose mahogany, forest oak, brush cypress and white cedar, all were showcased in the woodcraft exhibitions organised by the Woodworkers Group.

Rob’s furniture, which displayed his intuitive response to the natural flow and rhythm of the timber, became a feature in the Woodworkers exhibitions, including the ground breaking Woodcraft Goes to The Opera in 1985 and 1987. For a while, Rob teamed up with fellow Dundurrabin woodworker and sculptor David Tucker. Together together they produced a range of chairs and furniture that pushed the Australian vernacular chair design to new territory. 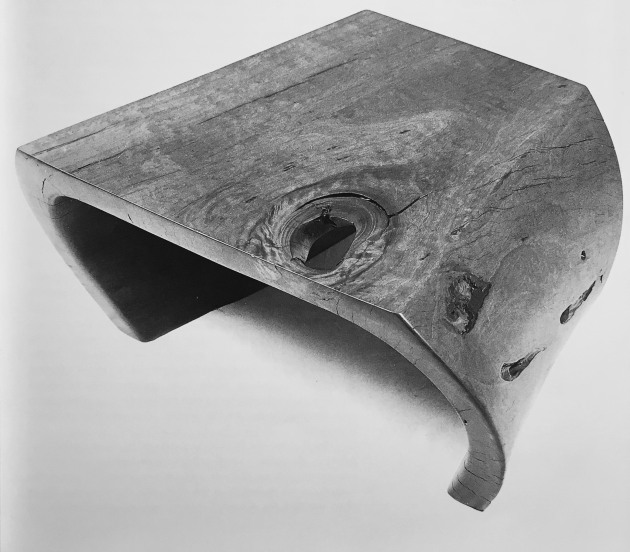 Rob’s love for the surf ensured that he and family decamped regularly from the Dorrigo Plateau to the coast. Hungry Head and breaks near Urunga being his favoured spots. The calmer spaces beyond the break were Rob’s ‘office’: ‘There is something exquisite about sitting on your surfboard watching the swell and waiting for a wave and riding it when it comes. It’s another form of self expression. Relating to nature in a different way...somehow similar to the feeling you get when you create something in the workshop that you know is just right*.

More recently the surf won over the bush – Rob, Maree and family moved off the mountain and settled near Urunga on the NSW Mid-North Coast. Gardening on their large block and fishing the Kalang River were included in Rob’s many interests in recent times.

We farewell Rob with a heavy heart – he was held in such high regard by so many people. We will miss his wry attitude and humour, his skill and knowledge and valuable support of emerging makers. He was a very special family man, a close partner to Maree, an inspiration to Joanne, her partner Tom, and the three boys who he loved dearly. His passing is a deep loss.

* From Tom Darby’s Making Fine Furniture - designer makers and their projects, 1992 Guild of Master Craftsman publications. A review of makers at the time with an excellent chapter on Robert Parker. Out of print but available second hand.

Leon Sadubin is best known for his furniture in the new Parliament House and the Powerhouse Museum in Sydney. He designs and makes furniture from his studio in Gerringong, NSW.