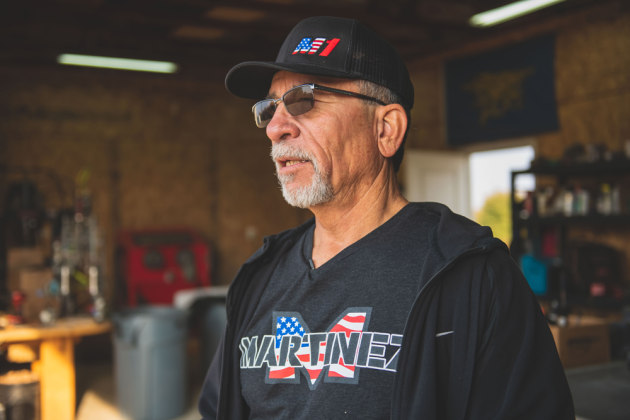 Mark Martinez, Martinez Tool Company, USA is a former ‘hardcore tradesman’, now hailed as the father of the titanium hammer.

In Australia, a US-made Martinez hammer retails at around $500, certainly a lot for a simple tool that’s been around for thousands of years. However Martinez hammers have a certain mystique which is based on their innovative design and legendary in-use performance.

The Martinez hammer is made from light but strong and shock-absorbing titanium with slots for nails and prying.

If you ask its creator Mark Martinez, once an on-site carpenter and now hailed as the father of the titanium hammer, what sparked his idea, he’ll tell you it was pure desperation. He said he’d found himself like most people feel after ‘grinding it out in the minutiae of day-to-day monotony’ – burnt out. He wanted to change the tool industry, and be a part of something great.

In the 90s Mark took out a $60,000 loan, which is equivalent to $130,000 today, and went to work on his design. Noting that Southern California construction carpenters would carve out a slot on the head of their hammer for their nails for a one-handed start, Mark incorporated the concept into his new prototype, along with a magnet that would keep the nail in place. He also added a slot in the handle to be used like a pinch bar for nail pulling. His design became the hugely successful Stiletto hammer design, which was eventually sold to Milwaukee tools. 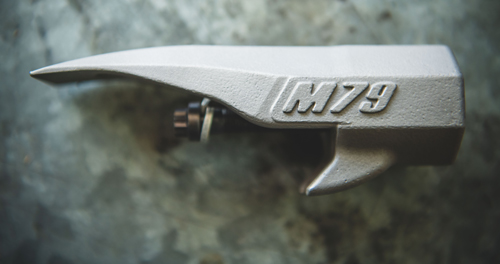 Hammers may be optioned with smooth, dimpled, framing and finish heads. The M79 shown above is a ‘sledge hammer head’.

However Mark was not finished with tool design and development. He came across titanium, and this heralded the development of his M series hammers. In 12 oz and 15 oz weights, these hammers have handles made from titanium, selected for its excellent strength to weight ratio and ability to absorb shock.

The Martinez M1 is a milled face framing head.

With a steel handled hammer two-thirds of the energy is delivered to a nail head whilst the other third goes up your arm, explained Mark, which equates to long term elbow irritation, or in worst case tennis elbow. Titanium though is a more efficient metal for energy transfer, plus it’s 40% lighter than steel. The weight saving of the titanium is not to be underestimated if you swing a hammer a hundred times a day. 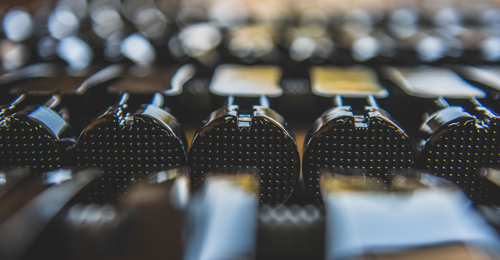 The new M series hammers incorporate his patented designs of a slot in the handle for prying, a replaceable head, nail slot groove and interchangeable handles and grips. You buy a handle and add your choice of steel head and face style, dimpled or smooth. Thousands of hammers are now assembled and sent out worldwide. All are put together with the love, care and attention to detail that Mark says are what drive his success. In fact all 2022 stock is already pre-sold. 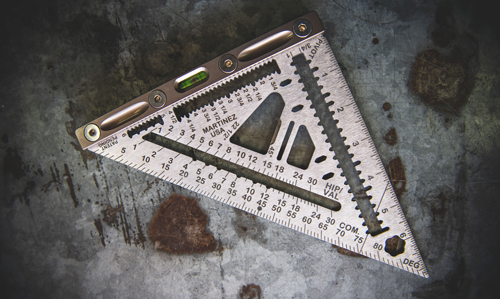 At nearly 70 years of age, almond tree growing is Mark’s new passion. He has a central California ranch with 40,000 trees.

To aspiring tool designer makers he says: ‘if you are compelled to do something – never, ever give up’. Mark said he failed miserably three times and went to the abyss. However it seems that if you can face up to failure, eventually you will know how to succeed.

Raf Nathan is a Brisbane based woodworker and contributor to Australian Wood Review.