Milling metal and routing wood are not too dissimilar. You use cutters to remove waste, whilst jigs and work- holding attachments allow repetition and accuracy. You don’t need to be a good woodworker to make great planes, but you do need to be a great metal worker to make good planes.

As with woodwork, the smaller the components, the greater the need for precision, and planemaker Karl Holtey loves all this. Fine detailed metalwork which is milled in complex shapes, running batches of components or hand polishing and detailing small pieces of metal are Karl’s sweet moments in his nicely fitted out and immaculate workshop. 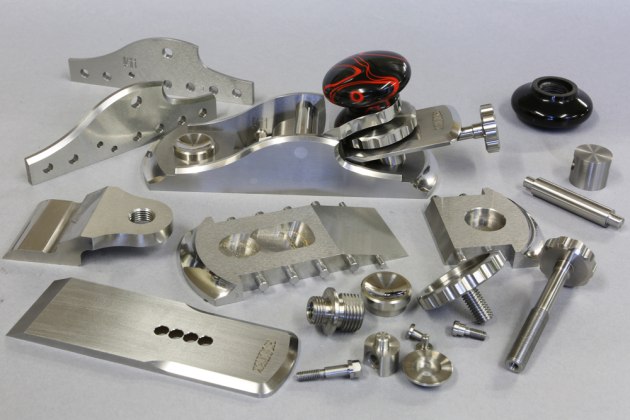 Showing the milled parts for the 983. Note the rivets which are milled into the based.

Was there a lightbulb moment when he decided to make planes professionally? ‘My interest was to build miniature steam locomotives and also to be a gun-maker, so I was building a workshop for this – then I saw a photo in a book of a private collection of exceptional Norris planes, and I was hooked.’

Whilst his earlier planes were mostly based on classic British infill planes, his 98 plane series highlights, to me, his personal design and making philosophy of ‘simplicity, elegance and ease of use’. 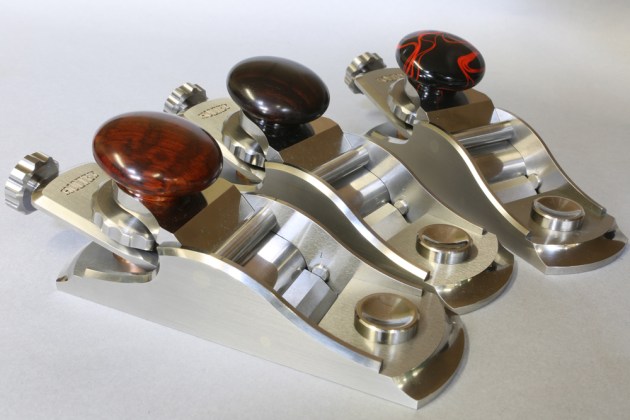 A selection of Holtey 983 stainless steel block planes, which each sell for around $1,1000AUD. Currently Karl is working on his last batch of these.

However, they certainly are not simple woodwork planes to make! Every part of Karl’s planes is made in-house. The sides of the 98 planes are fixed to the base with rivets that are milled as integral with the base. As a non-metalworker I find it mind- boggling to conceive of the execution of this process. And as with fine woodwork, if the attention to detail is consistent throughout the build process, the final object has a greater chance of being special.

Asked which single plane represents his pinnacle piece, Karl answered that the pinnacle always moves, because each plane needs to be better than the last. He did say however that his A13, No.98 and No.983 were landmarks. 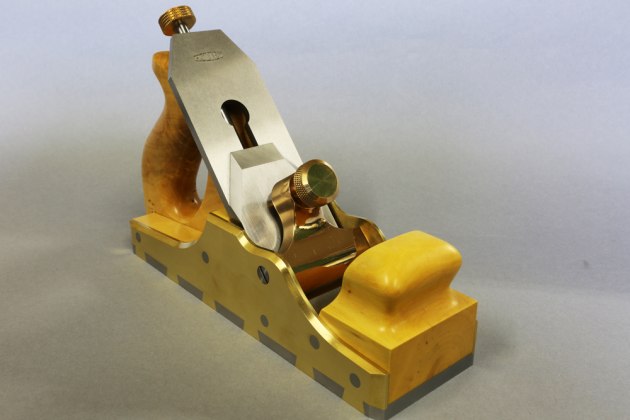 A few years ago Karl ‘retired’, so I asked him if he thought he would retire again? ‘No, having tried that, I decided I didn’t like it’, he said. ‘I am still here! It is difficult to close a workshop down when it is starting to gain a history. There are some planes I don’t want to build any more, but I can always get excited about development work.’ 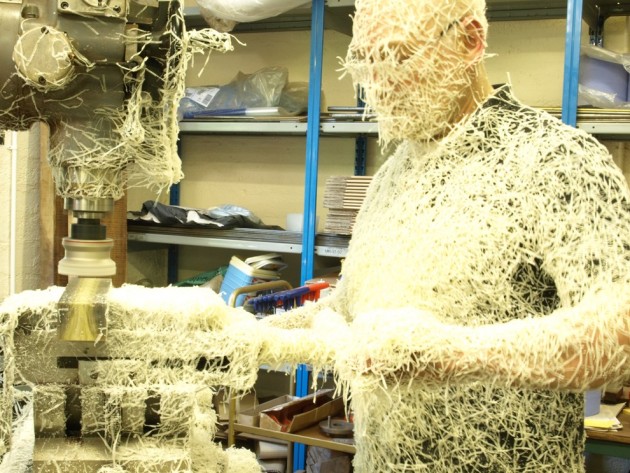 So what would Karl say to aspiring professional wood toolmakers? ‘When I decided the way forward was stainless steel, and whilst trawling for advice from those with more experienced, the common denominator was ‘don’t’. It is impossible to define the costs, it just grows.

‘I have just spent £20,000+ on a new-to-me mill, and I was lucky to find one in such good condition. Every day I am spending. For the first few years (my wife) Claire supported me as she had a good job at the time, and all surplus cash went into the workshop (she says it still does!). Look at me, probably the most successful plane maker and it is only a lifestyle business, and that was with a lot of help and luck. I would say to others that it is very hard work and a big learning curve.’

Raf Nathan is a Brisbane based woodworker and long-time contributor to Australian Wood Review.