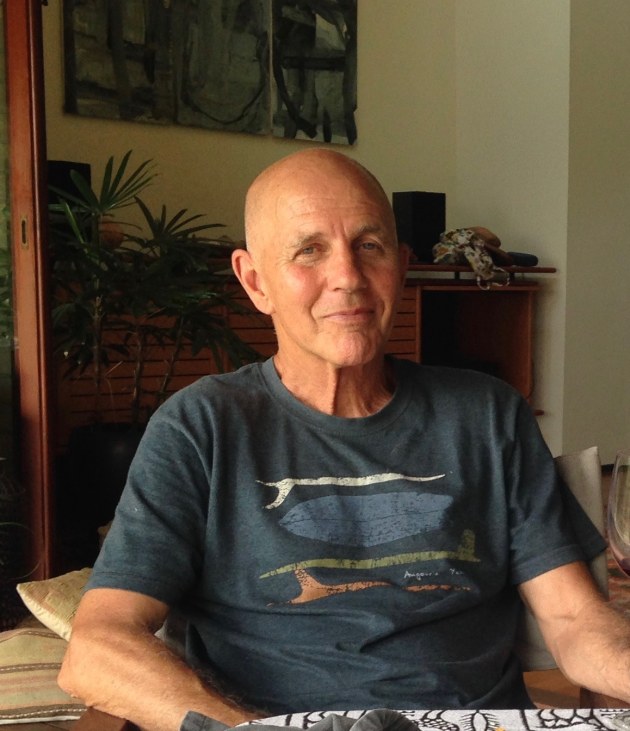 Paul’s life as a musician and woodworker was characterised by his calm, laid back personality, warm nature and a self deprecating attitude to his considerable abilities and finely honed skills.

Following studies in metallurgy at the University of NSW Paul commented: “I finally knew what I didn’t want to do for a living and began to dabble in things at the other end of the spectrum – music and woodwork.” 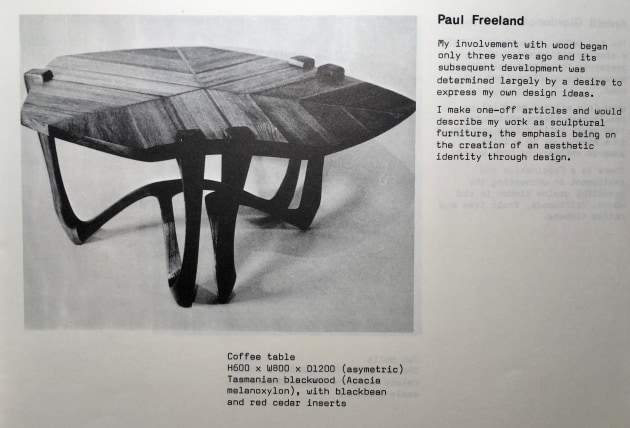 Experimental furniture making, in particular coffee tables, got the initial Freeland focus. At the time Paul lived in a small cabin ‘Bayu’ on the Woronora River at Illawong, and had to lug materials and heavy finished pieces up and down countless steps.

One day a group of woodworkers was organising its first exhibition ‘Woodcraft 78’ in Sydney. Paul had seen one of our advertising posters in the city, and arrived at the meeting with a coffee table in his arms. He was immediately accepted as a member of the group. Apart from his obvious design skill, the group was impressed by the fact that he had managed to be showcased in an article in Belle magazine! None of the exhibitors had achieved that dizzy height of success, and hoped some of Paul’s lustre would rub off on them as well.

Paul did have some spectacular failures in the early days when he pushed the boundaries in the woodwork and didn’t allow for expansion and contraction of the wood. He was a fast learner though, but continued to push the boundaries in smart ways...! “I plugged along until 1980 when I decided that a capital input was necessary – one can do just so much with a pocket knife, a bush saw and a tube of Tarzan’s Grip! To this end, I reverted to being a musician in the evenings.” 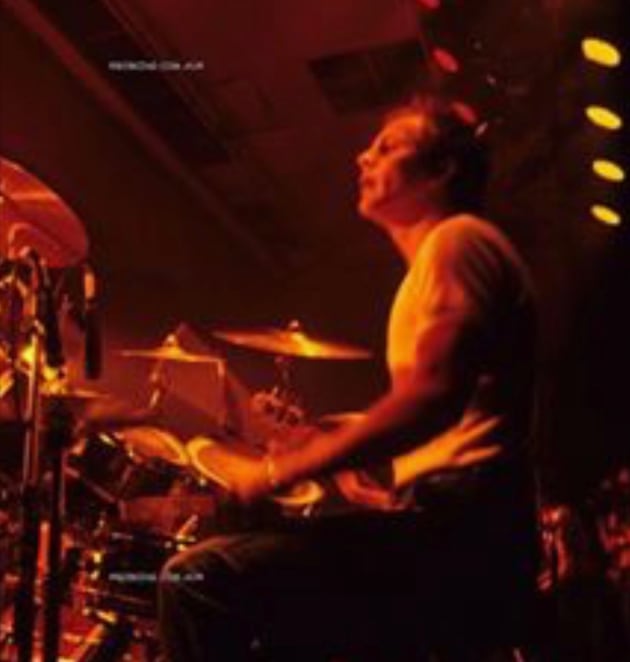 This occurred at the time of Paul’s membership in the band Moving Pictures as their drummer and contributor to the band’s standout debut album Days of Innocence. “Not to be deterred, however, I returned to woodwork in 1982, set up a workshop with royalty money and turned my hand to sculpture.”

Paul became a pivotal figure in what emerged from the 1978 wood exhibition. The Woodworkers Group of NSW was formed and this led to a string of exhibitions and early growth of professional practice of creative designer makers in wood.
Paul Freeland had an exceptional feel for form and shaping skills. A number of us were exploring our direction as creative makers and influenced each other. Our work was related – those formative times in the late 1970s early 80s were significant. 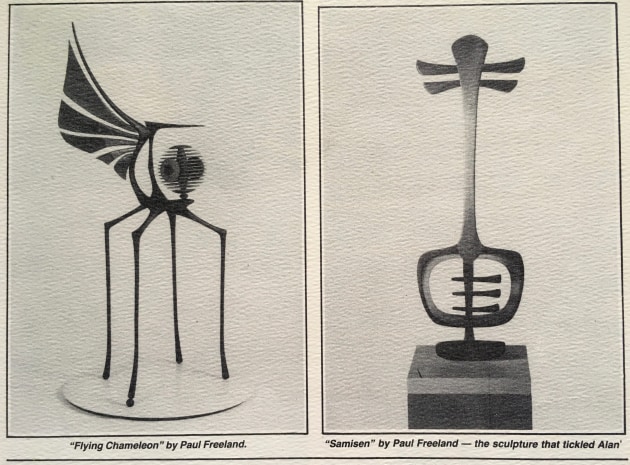 In 1985 Paul had a successful one man exhibition at the Holdsworth Gallery showcasing his sculptural works. In an Interview on 2BL Lucien Joy asked Paul: “How do you get your sculptures so fine and slender?” “Start with a chainsaw, actually....” was the reply.

In 1984 a group of eight of us became the new executive of the Woodworkers Group. We put ourselves forward to strengthen the group, to clarify its aims and purpose, and establish a membership standard by which the group would better serve and represent the woodworkers of NSW. A significant part of our work was the organisation of the ground breaking exhibition Woodcraft Goes to the Opera in June 1985, where else but at the exhibition hall of the Sydney Opera House! 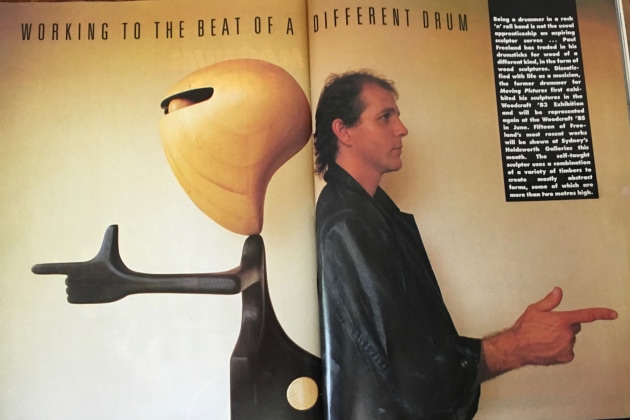 Following these events Paul decided that teaching woodwork would give him a reliable income, allowing for the development of his sculpture works. He commenced work at Enmore High School teaching woodwork in the Design and Technology department. Jim Zondanos, one of the students, remembers staying back after school regularly, observing Paul work at his sculptures and finds those experiences inform his furniture making to this day.

In 1990 Paul moved on to the Newtown High School for the Performing Arts, continuing teaching woodwork and influencing a generation of creative makers including the talented Ralph Myers, Australian theatre designer and director.

A house renovation at Newtown together with his great love, partner then wife Pam Josue, was followed by a house rebuild at Clareville on Sydney’s northern beaches. These projects allowed Paul to fully express his building design skills, then to pull out all the stops, making furniture for the entire house. 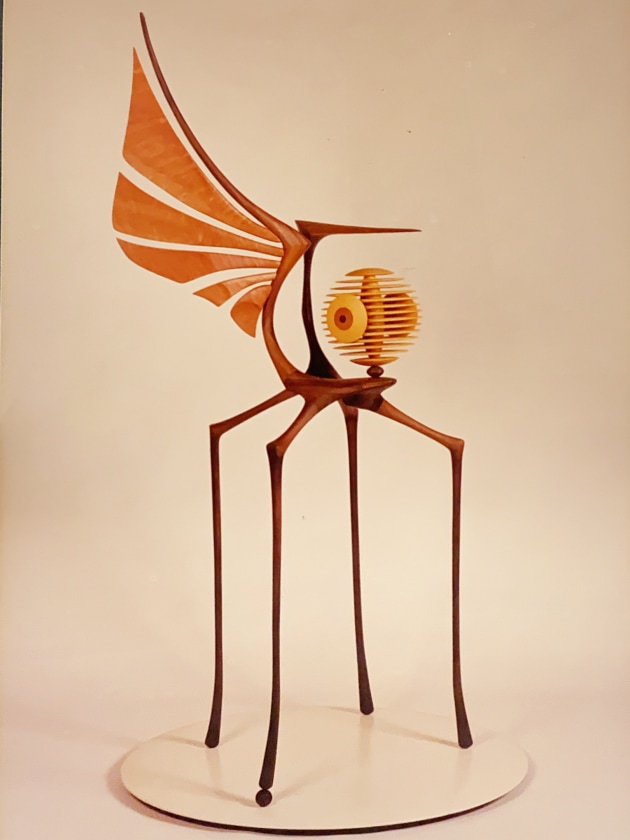 The Clareville house became the permanent exhibition space for his sculptures and furniture works, as well as an extraordinary home and workshop.

A diagnosis of early onset dementia gave Paul time to finish this project with the attention to detail and style which is the signature of all his work.

It is with a heavy heart that we farewell Paul Freeland – may his creative spirit remain with us all and forever with future designers, artists and makers.

Leon Sadubin is a furniture designer maker in Gerringong, NSW.