Tracey Malady is a woodturner in Melbourne, Victoria. Throughout her woodworking journey, Tracey has met a number of talented women who are forging their way in what were once considered male dominated trades or crafts. She has recognised a common thread amongst some of them, that their first inspiration was their father. Whether subliminally or deliberately, the fathers of these amazing women have all instilled a passion for woodwork in their daughters. This series will tell the story of just a few of these daughters and their fathers.

‘He asked me why I wanted the framing clamps…that was when we had the “wood” discussion.’ 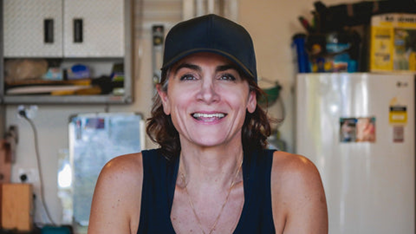 Eleni is a petite, confident lady. You would not be wise to assume, however, that because of her stature she is not capable. Eleni loves a challenge and a good deal of her work consists of building three metre high bookcases or entertainment units for older style homes.

With her built-in pride and determination, Eleni has created a successful small business for a growing clientele in the Bayside suburbs of Melbourne and readily acknowledges that her father was her first inspiration. It was because of him that she now has a passion for wood and says, ‘I had no idea that I would love woodworking so much. I now live and breathe wood’. 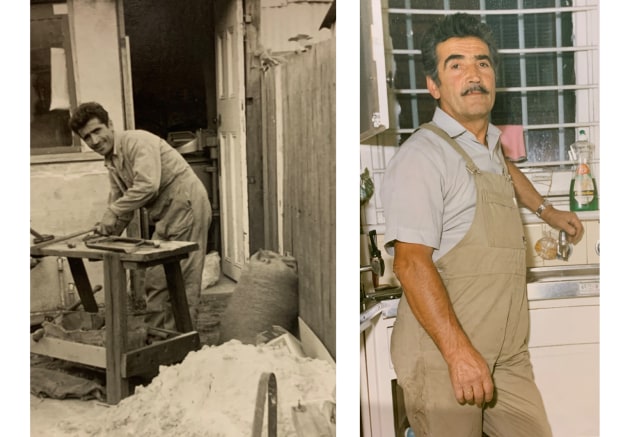 Isaak Pelitidis was born in Kozani, Greece. He trained as a mechanic and ended up working on tanks for the Greek military. After emigrating to Australia in 1954, he secured reliable work as a carpenter with a furniture company in Melbourne and in his spare time could be found in his workshop at home, building kitchen cabinets or welding. He would often help friends out with carpentry, concreting or whatever was required. Isaak didn’t know it then but his young daughter, Eleni, was watching and absorbing all that her father was doing. Eleni didn’t know it then either. 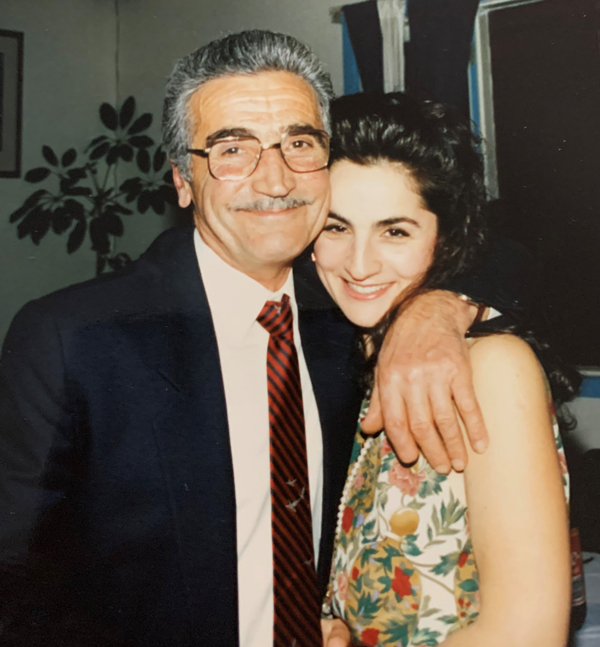 Father and Daughter out of overalls, 1992

It wasn’t until she was in her mid-thirties, raising a young family that Eleni tried her hand at woodwork. In need of some picture frames to display photos of her two young boys, she decided to make them; after all, frames looked easy to make. She asked her Dad if she could borrow some corner framing clamps and it was then that Eleni laughingly tells of how they had the ‘wood’ discussion. The conclusion of that heart-to-heart found Eleni in a pair of overalls (to her mother’s despair) and enrolled in ‘Woodwork for Women Level 1’ course at Holmesglen TAFE College. She later went on to complete Level 2.
From frames to furniture, Eleni quickly learnt how to make things. Her next job after completing the frames was to make bookcases for her in-laws and on completion of this job, considered huge for any beginner woodworker, Eleni realised that anything was possible. 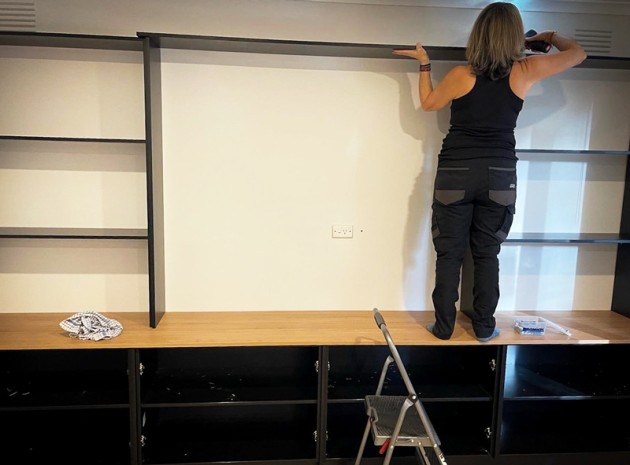 For the next seventeen years, Eleni honed her woodworking skills while juggling her family commitments. When time allowed, she would be in her workshop building small cabinets or furniture at the request of friends and family, which later became the request of strangers. The small frames became larger pieces of furniture, and the small cabinets became large built-in wall units. 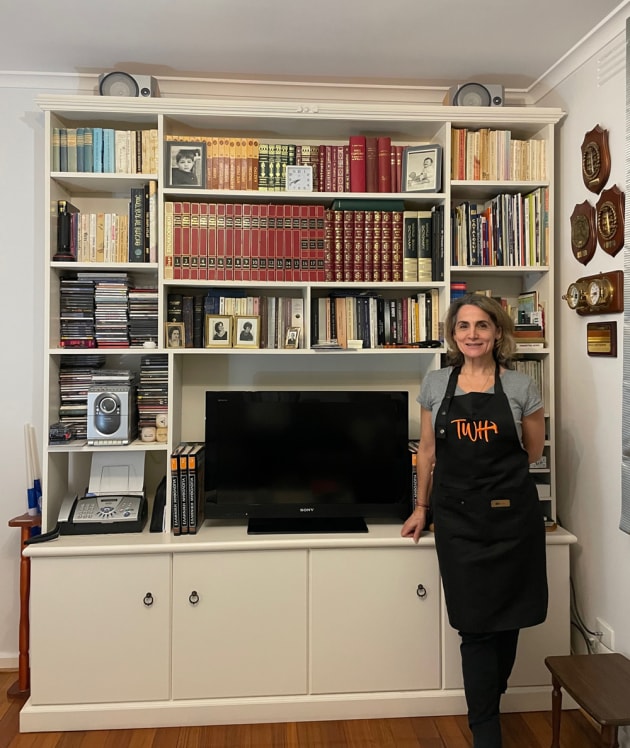 Her father, Isaak, was never far away. He would make excuses to leave his home so he could check on his daughter. Always curious to see what she was making and how she was going, they would share pretzels amongst the sawdust and shavings while Isaak passed on words of advice, technical information and assorted tools, including his own wooden hammer. He would take his leave with a wink and a smile, only to return in a few days’ time. 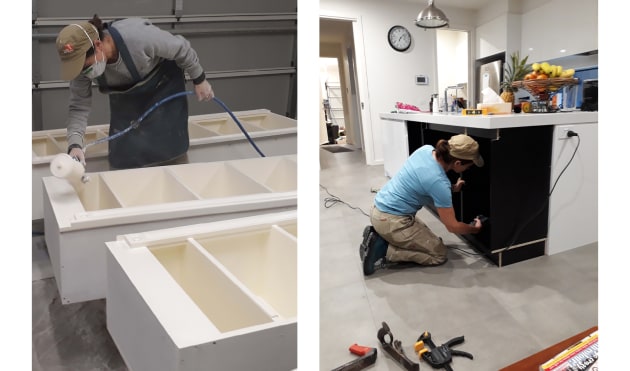 Eleni on the job

The family’s world was shattered on January 4, 2017 when Isaak passed away. At a loss without her cherished father, Eleni fell into despair and couldn’t pick up her tools for most of that year. It was towards the end of 2017 when Eleni opened the doors to her workshop again. This time however, she took a leap of faith and decided to turn her hobby into a fully-fledged business. She now had the skills and the customers, what she didn’t have was a business name. Then, as she was holding the old cherished hammer from her father, the name came to her, and ‘The Wooden Hammer’ was born.

From father to daughter – Isaak's hammer is a cherished keepsake, after which her business is named.

I never met Eleni’s father, but from our discussions I have no doubt he would have been proud of his daughter. Their conversations about and over wood, the times spent in their workshops, the little secrets they shared, this father and daughter were lucky in a way that so many are not. They could speak a language that only those interested in woodworking could understand. It is extraordinary to be able to share one’s passion with someone else, but to be able to share it with your father, well that’s just phenomenal.

If you have a father and daughter woodworking connection you would like to tell Tracey Malady about, contact her via www.maladydesigns.com