Even when he was only eight years old, Dean Nicolle, research botanist and self confessed ‘gum nut’, liked to plant trees. So much so that when he was 16 his parents bought him a block of his own so he could continue to put down roots—but somewhere else, so the family home could continue to see the light of day. Dean, now 34, shared an interest in plants with his parents who were orchid growers, but his brothers grew up to do other things.

Currency Creek Arboretum, some 60kms south of Adelaide, is the eucalypt research centre that Dean founded in 1992. He now has a PhD in botany and earns his living as a consultant for arboriculture, botany and tree ecology. He has authored 40 publications and 29 refereed papers. His passion for eucalypts has seen him establish a valuable resource for the nation, all on a completely self-funded basis. 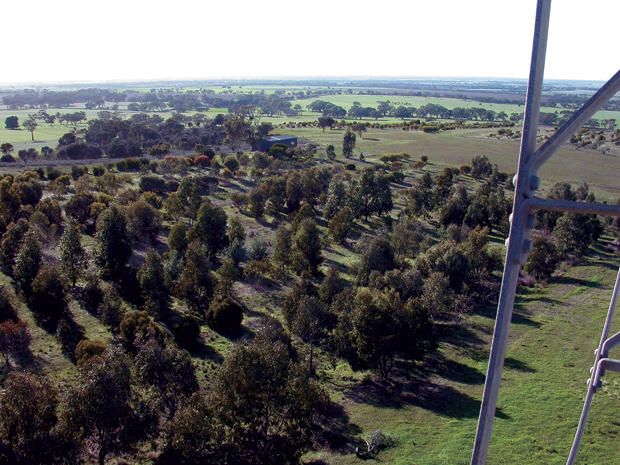 An arboretum is a botanical garden devoted to trees, and the 7,000 odd eucalypts planted within CCA’s 32.5 hectares make it the largest arboretum of its type in Australia. The Eucalypt Discovery Centre in Coleraine, Victoria may have more trees, but only around half the number of species at CCA. The Waite Institute at the University of Adelaide also cultivates eucalypt species, but has fewer—of their arboretum of 2,200 trees around 900 are eucalypts.

Forests in Australia mainly occur in areas where rainfall exceeds 500 millimetres per year1, and those areas are mostly coastal but there are also woodland areas where trees needing less water still grow tall. Of the forest types in Australia, the genus Eucalyptus accounts for the largest part, some 77 per cent, followed by Acacia at 10 per cent. Melaleuca, rainforest, Callitris, Casuarina and mangrove take up the rest1.
Of the estimated 900 to 1000 eucalypt species that exist, around ninety per cent, or between 800 and 900 are represented at Currency Creek. Of the total number of eucalypt species in the world only 12 are thought to be indigenous to places other than Australia2, so in a sense here we are all eucalyptus people.

State by state the estimated number of eucalypt species found varies: 95 in South Australia, 141 in Victoria and Tasmania, 100 in the Northern Territory, 250 in New South Wales, 250 in Queensland, and topping the scales, 500 in Western Australia, mostly in that state’s south-west.
Most eucalypts are forest trees but can survive in lower rainfall areas. Currency Creek receives around 450mm of rain per annum so the mallee (multi-stemmed often shrubby) types and the eucalypts that commonly grow in wheat/sheep areas and the western slopes do well there. On the downside though, the lesser number of species that grow in 600–700mm rainfall areas don’t do as well, which is why the arboretum sadly lacks towering mountain ash (E.regnans) specimens, as well as tropical species. The tree seedlings are irrigated for their early years of growth, but after that they’re on their own.

The 7000 trees in the arboretum are all grown from ‘wild’ seed that Dean has collected from the areas the trees grow naturally in. Dean’s parents didn’t just support his interest by buying the block of land. His father Bob has been his main companion on seed collecting trips where the two have literally criss-crossed the entire continent many times over. Dean still does one or two big trips a year lasting three weeks or so, as well as smaller ones. The last one took him from Adelaide to Alice Springs, up to Darwin, across to Cairns and then down the east coast, stopping all the way to photograph and collect specimens, all the while camping out and sleeping in the back of the car. 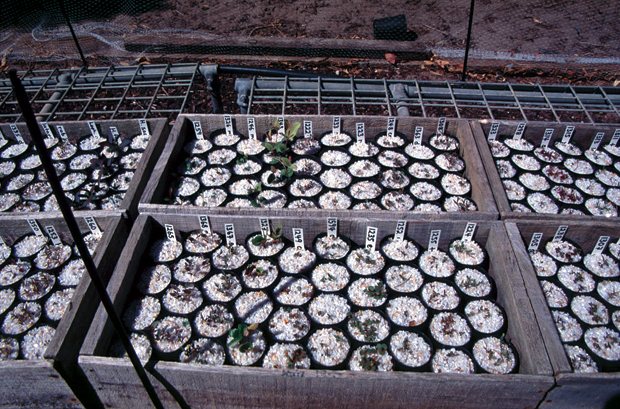 A specimen is defined as a 300mm long branchlet with leaves, flowers, buds or fruits attached. This is pressed and ID tagged with a number that correlates to its GPS, the date and it was collected, its appearance and the type of environment it grew in. Dean takes the samples to the State Herbarium of South Australia so they are accessible to others for interest and research. Seed collected for the arboretum is taken back and eight seedlings are grown. Four are pressed and herbarium vouchered (archived with notes), while the other four are planted.
The tallest trees at the arboretum now stand 10–15 metres in height. Sourced from differing environments and planted as a garden of specimens spaced roughly five metres from one another, these trees are not going to grow in the same way as their wild cousins in any case. Records of annual growth and height are kept for each tree. 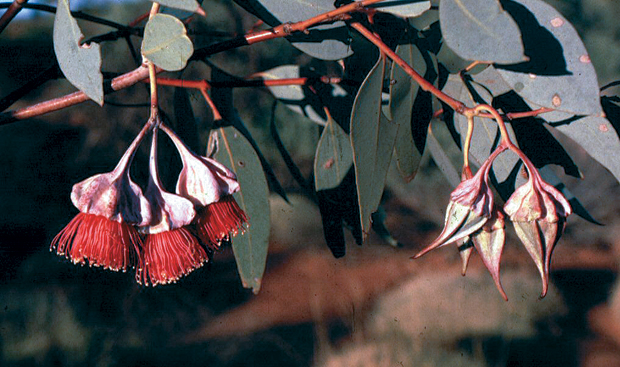 When Dean Nicolle says that eucalypts are sometimes difficult to identify you better believe him. It all depends on an assessment of the tree’s size, habit, colour, crown, bark, leaves, buds (shape, size, cluster), flowers, fruit and seed. Cross-referencing all these features forms an identification key. Wood samples are also identified according to a key or set of features, but different ones. Trees are identified by assessing 12 features in a certain order3. Many species have unique features which can shortcut that process though.
Forests are the largest reservoirs of ecological biodiversity and they are also a commercial resource from which are taken timber, honey, tree seeds, wildflowers, foliage, fungi, animals and minerals. Of the many eucalypt species fewer than 50, according to Dean, are commercially harvested and milled for cabinet timbers. Smaller sized trunks and remote locations are two of the main factors that rule out the logging of many species.

There are commonly held misconceptions about eucalypts: ‘That they are all great big forest trees like river redgums for one’, said Dean, ‘where many are in fact shrubby species. There is a huge range of habits (forms) and the sheer diversity of their flowers amazes many people when they come to Currency Creek’.

The arboretum is a scientific resource of immense value that has been established and maintained by Dean and his family. Development and maintenance is time-consuming, especially when one considers there is no external funding of any kind. ‘One day it would be good to see it institutionalised’, said Dean, ‘if only to see it preserved for others to benefit from’.

For an update on current information see Currency Creek Arboretum

Groups can arrange to visit Currency Creek Arboretum, but they need to contact Dean Nicolle well in advance. More information about Dean Nicolle and the Currency Creek Arboretum is at www.dn.com.au Email Dean at dn@dn.com.au
1. Australia’s State of the Forests Report 2003
2. All but 12 species of Eucalypt are endemic to Australia. The 12 grow in the Papua New Guinea, the Philippines and Timor. Some species of eucalypts (Tas blue gums (E.globulus), river redgum (E.camaldulensis) and flooded gum (E.grandis) are now plantation grown overseas, notably in Brazil, China, India and Africa, see Eucalypts Abroad, AWR#27:76. More on the most commercially available eucalypts in AWR#39:31
3. Ian Brooker, one of Australia’s leading authorities on eucalypts and David Kleinig (CSIRO Canberra) co-authored Eucalyptus: An Illustrated Guide to Identification, a book which describes 12 features that determine identity. Reed Books, 1996.