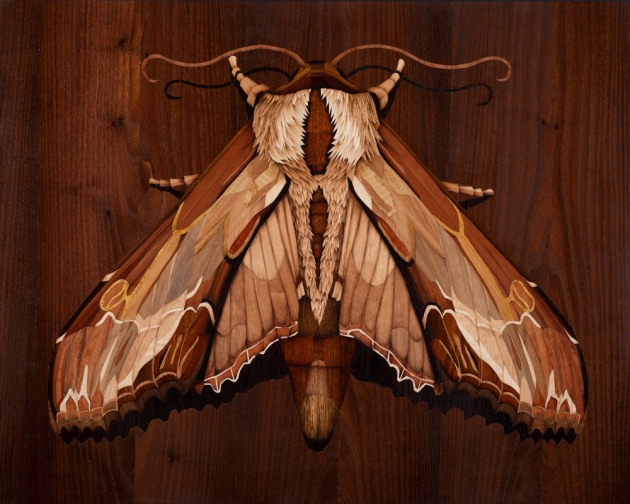 Art imitates nature in the wood-toned marquetry portraits of moths created by Clemens Söllner, who has entered his stunning  art into Maker of the Year presented by Carbatec awards. We asked him a few questions about his work.

Clemens, where did you develop your extraordinary marquetry skills and your eye for detail? Is this your full-time gig?

During my studies (2010–2016) at the Academy of Fine Arts in Nürnberg, Germany, the technique of cutting marquetry was introduced in a basic way. I was on fire with it right from the start. As a slightly colour blind person, it seemed genius to use the colour of this natural material to create something.

Through a progress of trying, failing, crying, bleeding and starting again I am at the point where I am now: quite content with my self taught skills, knowing that there is still a lot to discover.

I dedicate a lot of hours daily to marquetry cutting. Depending on the toughness of the wood I have to take several breaks. Especially my eyes and elbow need rest. In this way, yes, it is a full time gig. 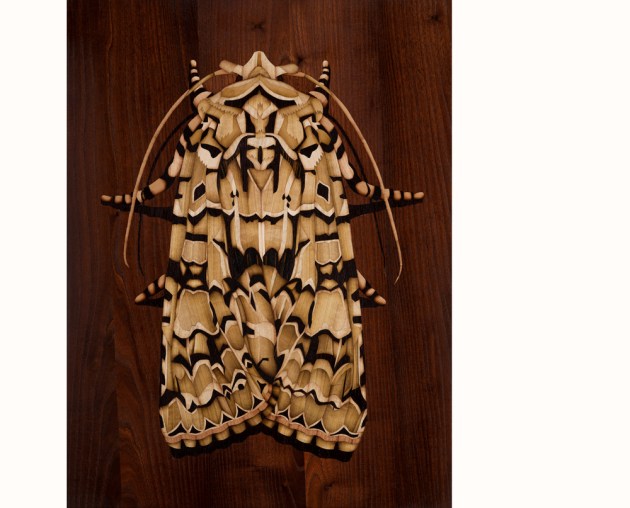 How did you come to focus on the beauty of moth? What is it about these creatures that interests you?

It all started during the first lockdowns in 2020 when movement was restricted. First steps were outside in the garden, in the forests. Stuff that was barely allowed during this period. In time, and by taking a closer look, I got more into the universe of little insects.

Moths in particular fascinated me – recognising the beautiful patterns on their wings, their furry bodies. Each species looks different and they are so beautifully silent, I was totally amazed. Artistic recreations of their perfectly camouflaged bodies with the material they want to imitate made sense to me.

Unfortunately, moths are not very popular here. Mostly people react with disgust. And, as every population of any animal species is more or less in danger, people wouldn’t even realise if one of them would disappear forever. My mission with my work with these creatures is to make people aware, invite to closer looks and transmit the diversity. 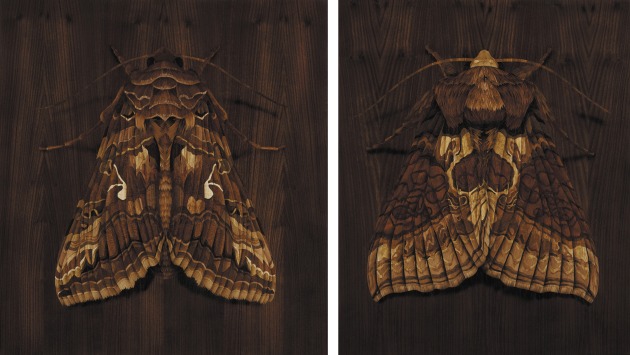 What are the main species of wood that you use? What determines your choice?

As long it is veneer of the right thickness, it can be used. I guess there are about 100 types of wood in my studio. Before starting with a new piece of work, I select the woods with the right colours. Mostly 40 different woods cover my work table.

Do you choose different species of moth for certain reasons?

Most of the ones made so far come with a special story. One (surely not the same one every time?) visited me on regular base in my studio. Others just appeared after the creating process was almost done, just to show themselves to me again: “Look at me and then have a look at how you made me!” For one certain piece, this made me start almost all over again. In my studio I have a small collection of moths, all were already dead when I found them. 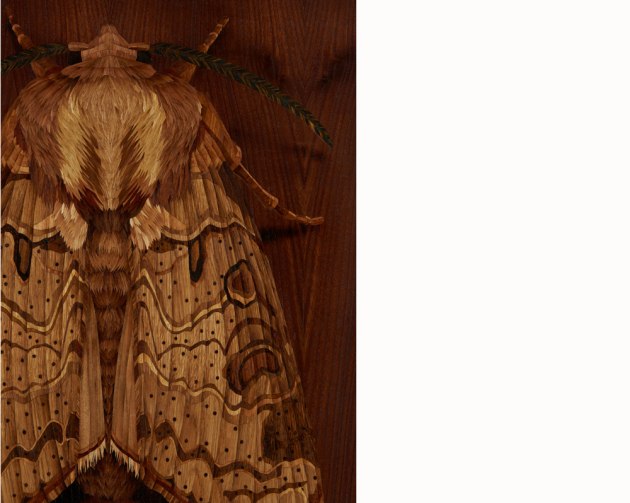 Whats the hardest part about creating a piece of marquetry like this? And the easiest?

It’s hard to say. The mix of rough and hairy surfaces on those butterflies always presents great challenges. Constantly cutting bubinga wood is pretty hard physically, but the sweet colour tones pay for the energy used to shape it.

Sometimes it’s hard to stop at the right moment. The worst moments are when you realise that some parts were made in the wrong order. It has happened a couple of times, removing a week’s work within seconds. That’s tough!

And finally, how long does it take to create an artwork like Ceramica Pisi?

Hard to say, but usually it takes between 200 to 300 hours. Sure that’s a lot of hours, but compared to the time the picture will exist, it’s next to nothing!

Enter Maker of the Year presented by Carbatec at www.woodreview.com.au/moty2022