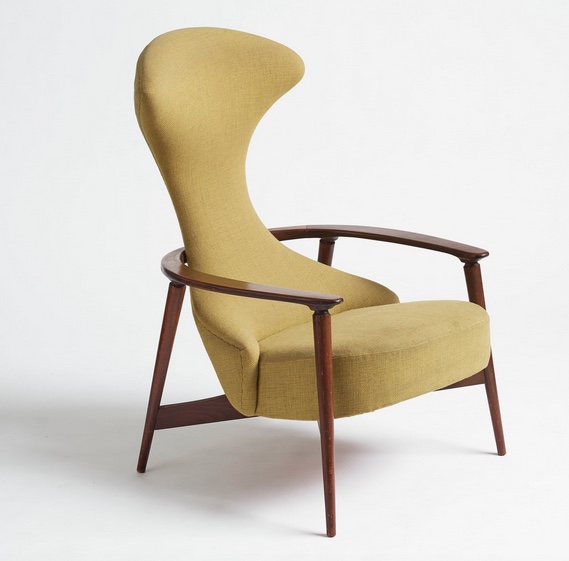 Above: One of only five made, Bengt Ruda's unusual Cavelli armchair sold recently for £15,500 at Bukowskis, a world record for a piece of Ikea furniture sold originally in 1959 for just £20.

The fact that Ikea has produced several classics over the years is news to the art collecting world. But several Ikea designs are sold today at auction for prices that massively exceed their original modest purchase price according to Barnebys, the leading art search engine that tracks art market trends. Many were sold at the leading Swedish auction house Bukowskis recently bought by the UK owned auction house, Bonhams.

On 17 May 2022, a new world record was set for a piece of Ikea furniture when Bengt Ruda's unusual Cavelli armchair sold for £15,500. The armchair was designed for Ikea 1958-59 and was manufactured in only five copies which sold for £20 originally.

“The flat package fortune continues to surprise the auction world, but we have more peaks to look forward to. It is especially designer furniture from the 1950s and 1980s from Ikea that costs more and more on the second-hand market. The furniture that is most attractive to collectors and design enthusiasts is that they are innovative designs for their time, made of good materials and in a limited edition or manufacturing period.

“Some of these famous Ikea designs by leading artists can be considered collector's items and have become a hard currency at auction. It would not surprise me if in time some of this furniture ends up in one of the world's major design museums”, says Pontus Silfverstolpe, antiques expert and founder of Barnebys, the world's largest search site for art, design, antiques and collectables. Barnebys host 3,000 auction houses on their site and offer some one million objects for sale each day, directing art collectors to the appropriate auction house.

“Ingvar Kamprad (founder of Ikea) has been our biggest role model for Swedish entrepreneurship for decades. In the same way that he democratised an entire industry in his quest to furnish people's home, Barnebys’ ambition is to democratise the auction industry and get the whole world to buy sustainable, quality furniture from the secondary market at a time when excessive consumption is called into question”, Pontus Silfverstolpe continues.

Among other valuable early designs of the Ikea furniture range sold at auction is the furniture group Åke. Åke was manufactured in 1952–1956 and included sofas and armchairs.The Åke armchair and sofa were designed during the 1950s, but it's not uncommon for the chair to be mistaken for the Mussel Chair, often called the Clam Chair, which is attributed to the Danish architect and designer Philip Arctander. In 1956, Åke cost just under £16, but just over 50 years later, its price is significantly higher. In April 2022, a copy was sold for as much as £2,863 when it was auctioned off at Wright. 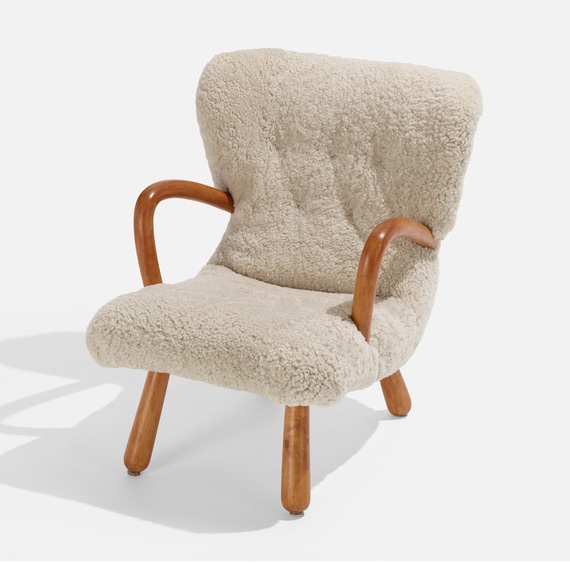 Today keen-eyed collectors search out Ikea items as this once modest furniture is commanding some astonishing prices at auction. Among the most sought after is furniture like Åke and Vilbert which commands prices that are ten times higher that when these items were launched.

We typically associate Ikea with inexpensive and utilitarian pieces that are ideal for a first flat, packaged in plain boxes with deceptively simple manuals on how to assemble the furniture yourself. However, since Ikea opened their doors in Älmhult in 1958, several designs have become collectors’ items. Through collaborations with well-known designers, Ikea made design history by making couture furniture available to everyone. Today, many of these designs are real classics, and sell for thousands of pounds at auction.

Ironically the most expensive Ikea auction items today are almost always Ikea's flops, which were quickly discontinued due to lack of sales figures or expensive production costs, says Pontus Silfverstolpe. 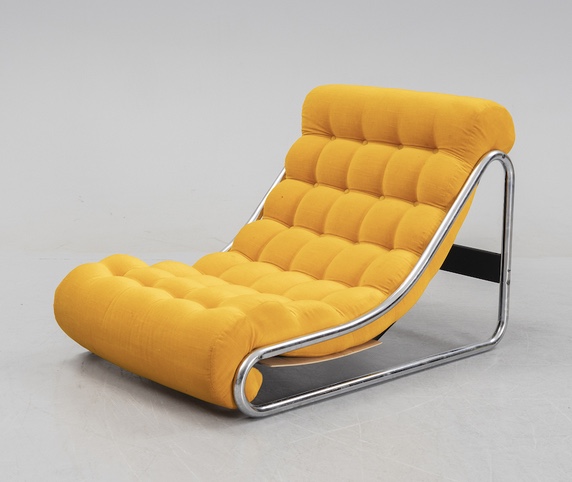 Impala came as both an armchair and sofa, and was designed by Gillis Lundgren in the early 1970s. Today it remains one of the trendiest Ikea classics. 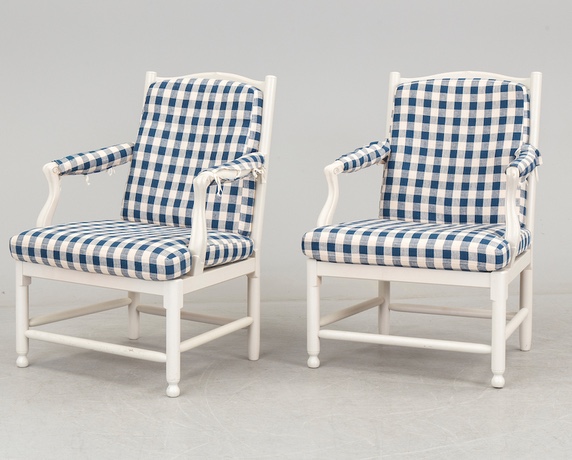 A modest pair of armchairs from Ikea's 18th century series from the 1990s, were sold at auction for £2,150. Photo © Bukowskis

One of the most sought after of Ikea's collections is without a doubt the 18th century series. The series was launched in 1993 and made of robust materials. Lars Sjöberg, who at the time was the first curator at Sweden's Nationalmuseum, was the one who persuaded Ikea to remanufacture this classic eighteenth-century furniture.

However, the 18th century series wasn't a success from the start, and production was stopped in 1999 when it wasn't considered profitable enough. Yet today furniture and porcelain from the series are among the most sought after Ikea items at auction and can even reach higher final prices than original furniture from the Gustavian era. 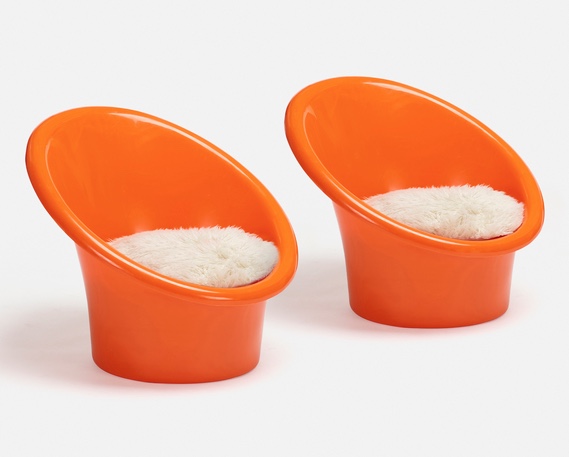 Pontus Silfverstolpe adds: “Ikea has had several fantastic designers attached to it who for the most part have been hidden gems, but who long after their active time are now being established as some of Scandinavia's most successful designers during the second half of the 20th century. One of the most important is Gillis Lundgren, who has created several of Ikea's foremost classics. Some of his models that are now hot on the market are Sirius from 1971 and Impala from the same year. 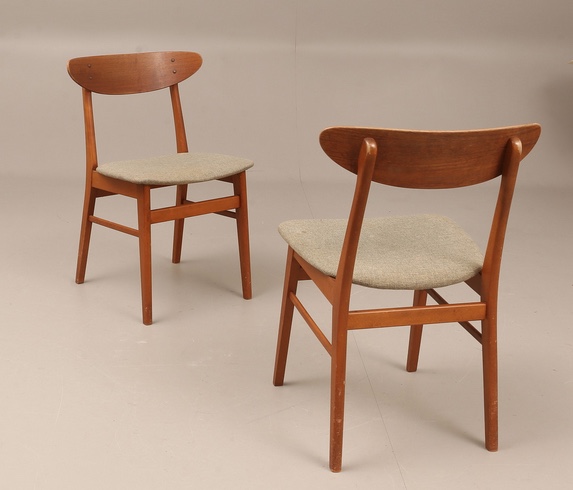 A dining room group in model 'Monaco' from the 1960s was sold for £412. Original price per chair £5. Photo © Auktionsverket Norrköping AB

Teak dining room furniture from the latter half of the 20th century has only become more and more popular over the years, which isn’t surprising given that teak has again become trendy in recent decades. Ikea's Monaco stood out as a very affordable kind of teak furniture, and today can be found in different price ranges depending on the condition.

Barnebys, a leading online auction search engine, was founded in Stockholm, Sweden in 2011. With presence in Sweden, the US, UK, France, Italy and Germany its clients include top tier auctioneers, antique dealers and galleries.