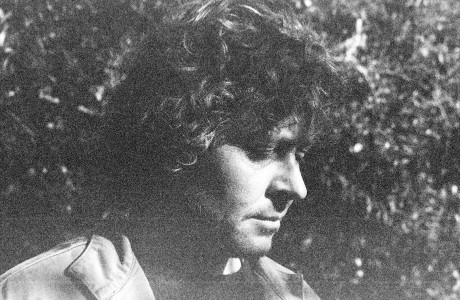 Matthew Harding, a brilliant, creative soul who I first knew through the images of his work that he sent me many years ago, is no longer with us. How can that be? At 53 still young, a husband, a father to four, and with a loving family. And now he has ended his own life.

I met him face to face in Perth in the 90s at a wood show. He was about to give a talk about his work and we chatted. He was pleasant to talk to, unassuming, down to earth, a little bit nervous. Curly, kind of wild looking hair, weary eyes that had a twinkle all the same. Portrait of the artist? I don’t know enough about him to write that, and can only say here what I knew from my own experience.

In 1983 he completed a trade apprencticeship in carpentry and joinery at Newcastle TAFE. In the 90s he became a student of George Ingham at the ANU School of Art Wood Workshop, as it was then known, where he produced, brilliantly, the pieces that George set briefs for. Most recognisable was the chair with monofilament strung over a bent laminated frame. Images of two variants have appeared in Wood Review magazine. 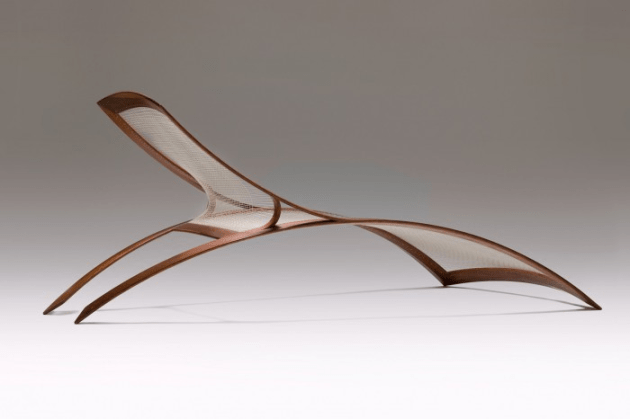 One of them is shown above, but this wasn’t the photo I ran. In 1995, in our 10th issue we invited people to send images for a feature. Matthew sent a different image. The chaise he titled ‘Sprung’ stood on end in the photo, with Matthew behind, arms stretched out, full frontal naked. Would I run it in the magazine? Yes, why not, it was a cool image. I was surprised no one ever commented. 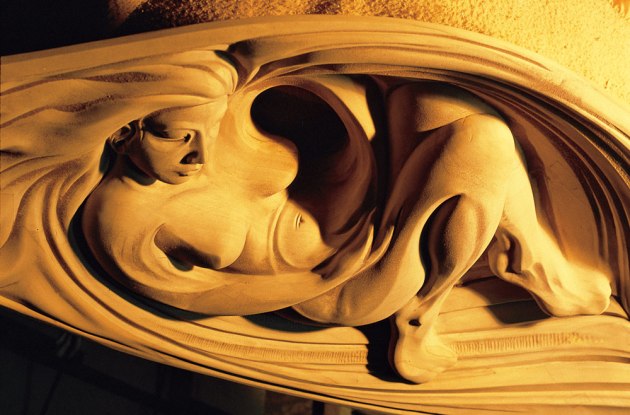 A few more years later we invited people to send images for another feature on sculpted works that appeared in issue 22. Mathew sent photos of two stunning pieces, both of which are totally clear in my mind’s eye as I write and are now shown here. I used one as the lead image for the story. It was a Madonna, cocooned in swirling waves of wood that emanated such a beautiful warmth and feeling of completeness. 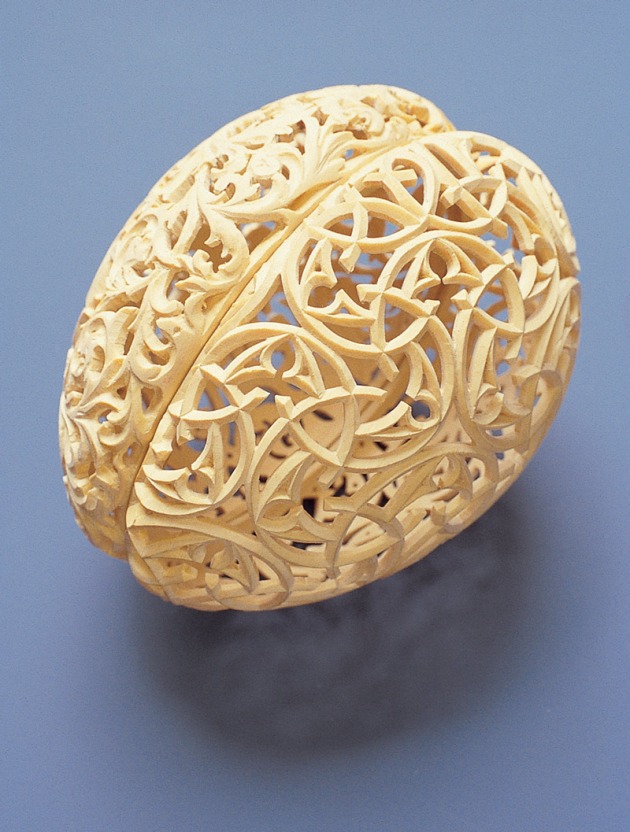 The same feature showed another of his carvings, an intricately and stylised ‘brain mantle’ entitled Physical Spiritual, also in Huon. Looking back, and now even more so, this piece truly is a favourite of mine. I’m sure there are many people out there who also remember and love this sculpture.

The incredible work that Matthew Harding created in wood just goes on and on, and yet this was just the tip of his artistic output as over the years he worked in stone and metal and created works that were monumental in scale. Public artworks, landscape installations, some that were figurative, others that were abstractions that reminded of ancient runes and symbols, molten metal in fluid states, artchitectural structures – all these are still there for people to stand and gaze at. You can see some of these on his website.

On his website about page you’ll see a list of the world’s top galleries where he exhibited, museums and collections where he is represented, and of course the string of awards he won. His output was truly prodigious, and yet to talk to him you would never suspect that he was such an important and highly respected artist.

From the few pleasant conversations I had with Matthew, from the high esteem he was held in by so many woodworkers that I in turn highly respect, and by the work of his that I have seen, I feel affected by this loss.

You can speculate on the circumstances or causes of any event when you know the outcome, but that doesn’t mean you really knew what was going on. Looking at that scanned newsprint image of Matthew now I feel sad, because I’m imagining a life that couldn’t be borne. Such a talent lost, and now the pain that his loved ones must feel. I extend my heartfelt condolences to his family.

If you wish, you too can leave comments for others to read below.

If reading this brings up any feelings for you that you would like to talk to someone about, get in touch with Lifeline on 13 11 14 or Beyond Blue, see phone numbers at this link.