Heart of the Tree: New work by Terry Martin

Opening February 12, 2022 at Ipswich Art Gallery, Qld, Heart of the Tree presents a stunning selection of turned timber vessels and sculptures by well known wood artist and author Terry Martin. Each piece pays homage to the tree from which it was formed by highlighting the unique character and grain of its timber.

‘My love of trees has always influenced what I have made. Every time I cut a piece of wood, I think about the tree’, says Terry. ‘I like to think that I’ve captured the life of the tree in these pieces – all the things that have ever happened to it, frozen in time and displayed in the lines that I’ve cut across the wood. Floods, droughts, fires, insect invasions – I just love revealing history of the tree.’ 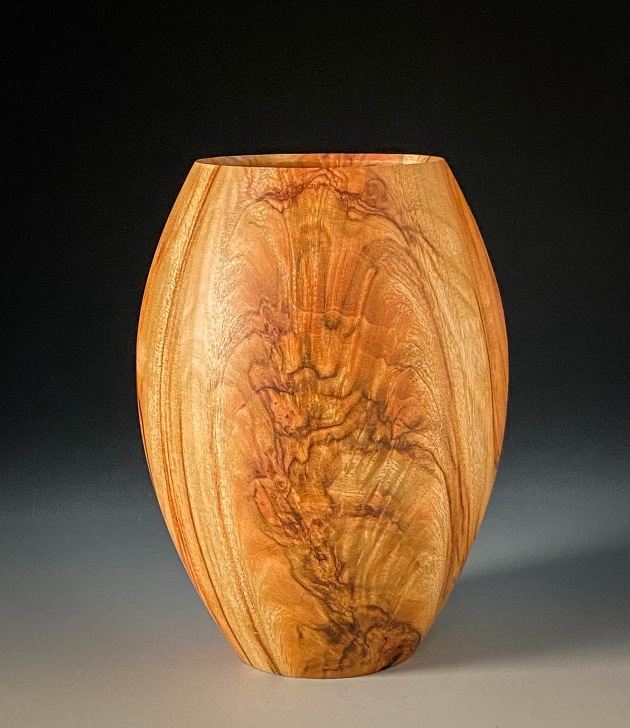 Many of the woods used have been recovered from urban salvage – locally sourced camphor laurel, jacarandah and mango wood are used for several of the pieces to be shown. Several other pieces are made from flame sheoak. ‘This wood is another story entirely’, says Terry. ‘It’s not compliant. It doesn’t want to be cut – it’s full of fissures, cracks, patches of enclosed bark…and is the opposite of predictable, you just don’t know where it’s going to go. You have to work with it and around it.’ Ultimately, Terry says, every piece he makes is about letting the tree speak for itself.

Terry Martin at the lathe

After 40 years perfecting his craft, Terry’s technique is now intuitive. ‘The only job the turner has is to position the tool perfectly to cut the shape they want’, says Terry. ‘To become a proficient turner you need to acquire muscle memory…and that comes from years and years of repetition – and mistakes and failures. You have to flow with the tool by turning with your whole body, not just your hands – it’s almost like a dance with choreographed movements, and if you get in the zone it’s pretty satisfying.’ 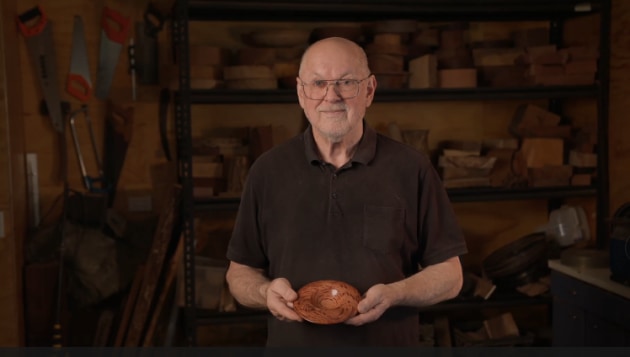 The works included in the exhibition were created over a two year period in his new Ipswich workshop after relocating there in 2019.

See a video of Terry Martin talking about his recent work here.