The 2021-22 Federal Budget delivers a major step towards a new R&D vision for Australia’s renewable, carbon-positive forest industries that will turbocharge a new generation of jobs in advanced timber manufacturing and wood-based renewable bioproducts, with $1.3 million pledged for a feasibility study to create a new National Institute for Forest Products Innovation (NIFPI).

In addition, $10.6 million has been announced to expand and continue the Regional Forestry Hubs, including new funding for Hubs in north Northern Territory and south east NSW in response to AFPA’s requests. The Budget also places forest industries squarely in the frame for the ambitious goal to grow the commodities sector to $100 billion by 2030 and powers up the Anti-Dumping Commission, so vital to ensure our trade exposed manufacturers of fibre products are fighting on a level playing field.

AFPA Chief Executive Officer Ross Hampton said, “Forest industries have much to thank the Morrison/McCormack Government for tonight. Clearly our messages about the potential of our industries to play a big part in a post-COVID economic recovery have been heard.

“As the world moves to phase out single-use plastics, while expanding wood use, other countries are investing heavily in the development of environmentally friendly fibre-based products. The $1.3 million committed for a feasibility study for the NIFPI is very welcome and something which AFPA has been calling for, building on the successes of the NIFPI pilot schemes in Mount Gambier and Launceston. 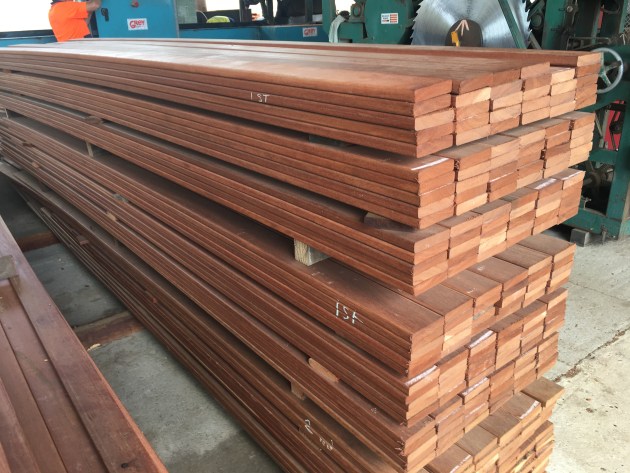 “The $10.6 million committed for new and existing Regional Forestry Hubs will allow our industries to accelerate planning and strategies to accommodate the rollout of the Government’s One Billion Trees program which is vital to produce the timber Australians are crying out for to realise their new home builds and renovations. Assistant Minister for Forestry, Senator Jonathon Duniam, is to be particularly congratulated for delivering the two Hubs in the Northern Territory and south east NSW which means all the major forest industry regions in Australia are now represented.

“The Federal Government is also to be commended for committing additional funding to properly resource the Anti-Dumping Commission, which helps ensure our manufacturing industries that compete in the global marketplace, such as our pulp and paper sector, are not unfairly disadvantaged and have easier access to remedies.”

Mr Hampton said the Budget was strong on climate change initiatives but still falling short on forestry measures, despite our industries being poised to deliver enormous positives to the nation.

“AFPA will continue to argue for equal treatment for production trees with environmental plantings in the Regional Forestry Hubs and fast tracking of policies which will provide carbon credits for carbon storing timber which replaces energy intensive materials. Furthermore, fibre still hasn’t been included as part of the Government’s Modern Manufacturing Strategy and AFPA will continue to advocate for that outcome.