It may sound superfluous, but in this digital backlit world there can still be a certain sensuality to holding and leafing through a book. I found myself feeling the thickness and matt texture of the paper, then marvelling at the sight of a hardcover, albeit small, that has, well, almost a handcrafted look. Clearly I’ve been in this game too long. But sometimes, if a job needs doing properly you have to do it yourself, and Jack Metcalfe, a marqueter of long-standing experience who lives in Yorkshire, England has done just that.

I’ve no science to base this on, but judging by my social media wandering, there’s a resurgence of interest in marquetry, the art of creating imagery from pieces of wood veneer. Metcalfe has spent 20 years doing the proverbial deep dive into this subject, specifically to uncover and master the techniques used by the artisans who ornamented Chippendale’s furniture in the 18th century. 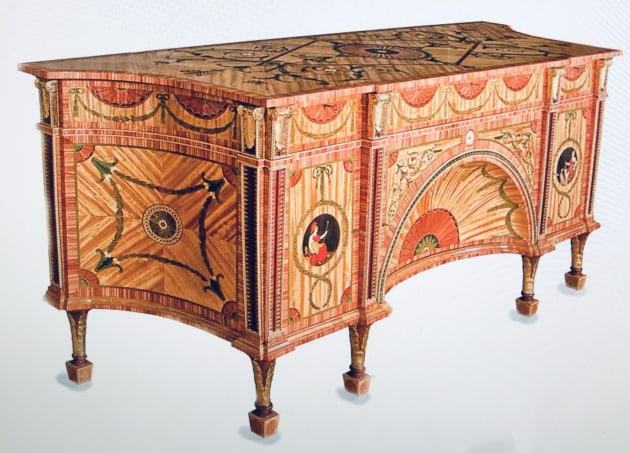 Replica of Diana & Minerva Commode by the author, Jack Metcalfe.

With the publication of The Gentleman and Cabinet Maker’s Director in 1754, Thomas Chippendale established the ‘Chippendale brand’, asserts Metcalfe. By documenting his designs and classic motifs in this and later editions, Chippendale’s approach to marketing seemed radical as he was in effect encouraging competitors to copy. However it’s a strategy that has cemented him as one of the most famous furniture designer makers of all time. 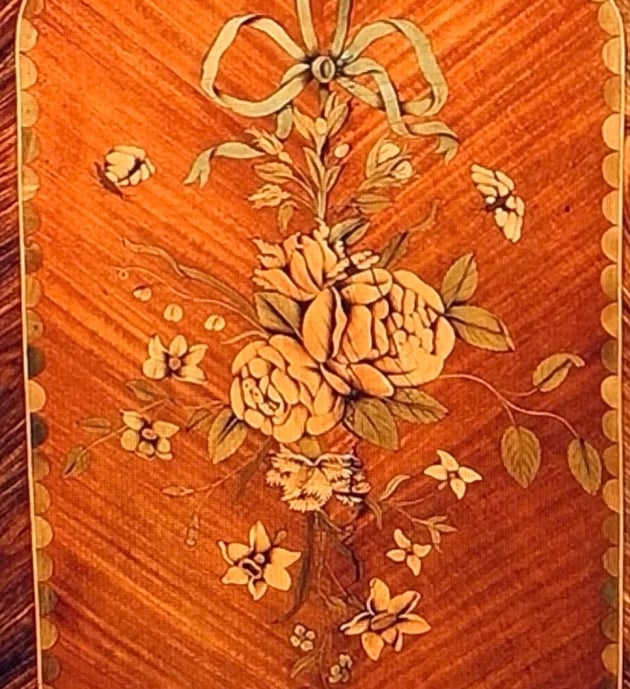 Floral cluster marquetry by Pierre Langlois, revealed in the book as the creator of marquetry on Chippendale furniture.

Following on, Metcalfe’s second book Finding and Naming Thomas Chippendale’s Marquetry Team, is in the true sense a whodunit. Metcalfe has spent years searching for the identity of the craftspeople responsible for the marquetry, metalwork and engraving on Chippendale furniture. Considerable research has now allowed him to pinpoint the marquetry to the work of one man, Pierre Langlois. In addition, Metcalfe also names foundry owner Dominique Jean, Langlois’ son-in-law, as the maker of the brass mounts that are attached to Chippendale’s marquetry commissions. The other two members of Chippendale’s team named are John Zurn, inlayer, and J.M Dutton, engraver/inlayer.

Of further interest is the scientific analysis that Metcalfe has done to identify the 18th century dyes applied to Chippendale furniture marquetry. Use of ultra-violet visual spectrometry has revealed that the marquetry furniture of these times would appear quite different. The Chippendale replica marquetry tabletop created by Jack Metcalfe shown above has the vibrant colouring that 18th century marquetry work exhibited prior to fading. 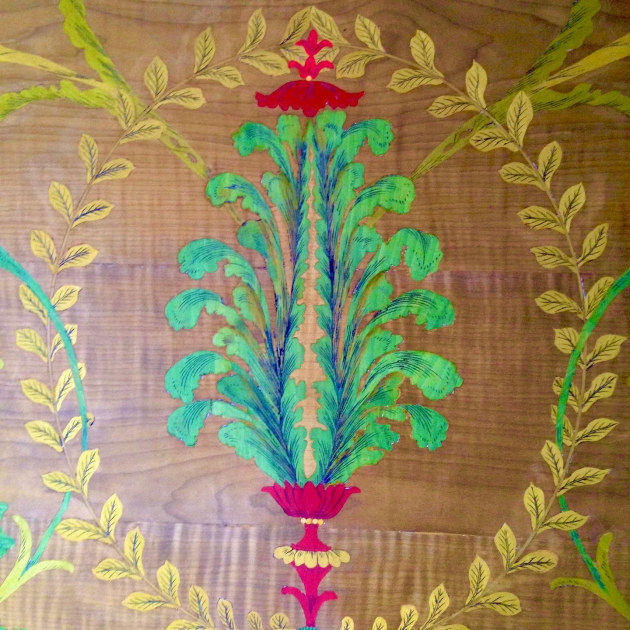 While tracing the origins of the hitherto unnamed marqueters who embellished Chippendale’s furniture, Metcalfe shines a light on the artistry and skill applied to a trove of refined designs for furniture, examples of which have survived centuries and appreciated greatly in value.

Both books by Jack Metcalfe, Chippendale’s classic Marquetry Revealed and Finding and Naming Thomas Chippendale’s Marquetry Team are highly recommended as essential references for those who wish to gain deeper insights into the history of the craft and its exponents.