Woodcraft Goes to the Opera 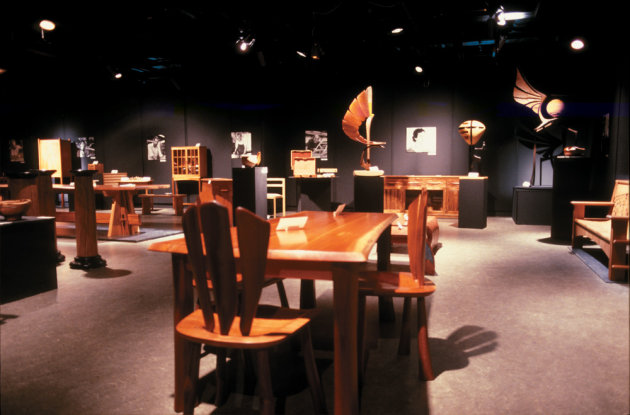 Thirty-five years later, the exhibition staged by the then-named NSW Woodworkers Group in 1985 remains one of Australia’s landmark exhibitions of woodwork. Furniture designer/maker and NSW Woodworkers Association founding member Leon Sadubin recalls how the group went about organising it.

At the conclusion of Woodcraft 83, the NSW Woodworkers Group’s1 fifth exhibition since its formation in 1978, we set about to ‘design and construct’ the best woodworkers’ exhibition seen to date. The exhibition hall at the Sydney Opera House appealed to us as a non-pareil venue; all we had to do was to secure it somehow and come up with the goods. We were an unincorporated but well organised group of highly enthusiastic woodies, used to running exhibitions on the smell of a tung oil rag. The next bash would require serious financial commitment. It would require a veritable junta to run it. 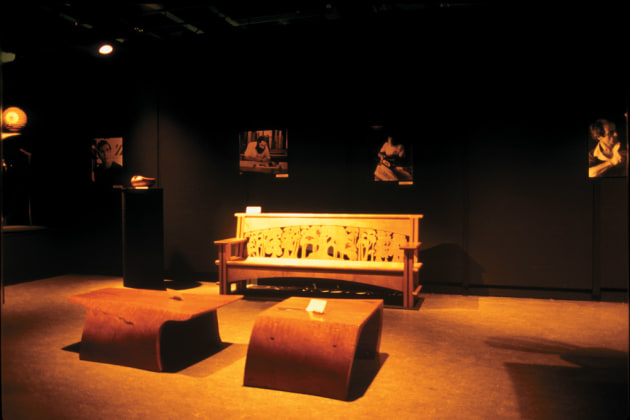 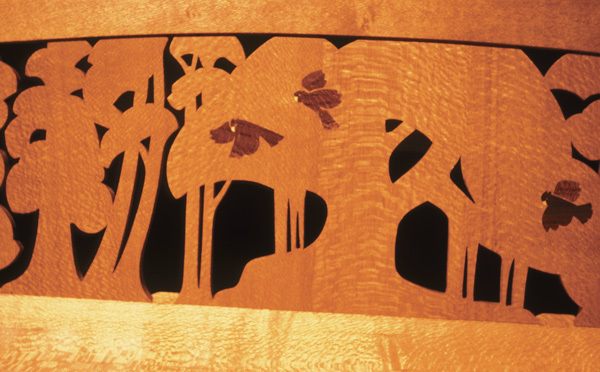 The bearded men who indeed became known as the junta were Henry Black, Gerard Gilet, Alan Wale, Richard Crosland, Michael Gill, myself, and last but by no means least, Paul Freeland and Les Miller (non conformists, clean shaven). Richard Crosland with the assistance of Mike Jefferys ( then Lighting Master at the Opera House) persuaded the Sydney Opera House Trust to ‘lend’ us their space free of charge for three weeks, which they did ‘as a service to the Arts’. 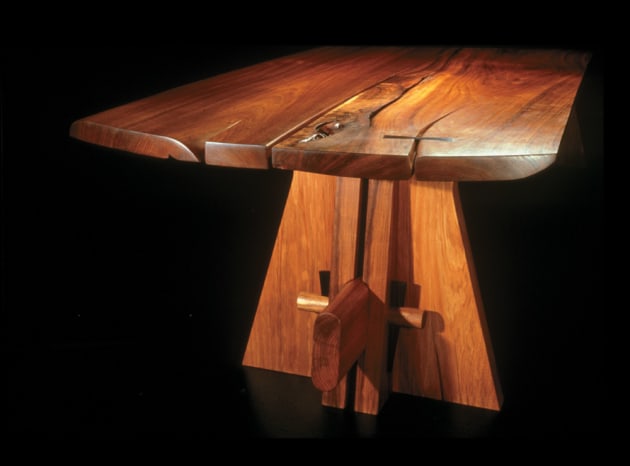 The junta then set out to achieve the following crucial steps. Richard Crosland and I designed the poster featuring a white cedar block bandsawn in the shape of the Opera House set on a sheet of glass, looking as though it was innocently floating away. We invited three distinguished notables to do all the vetting, jurying and selecting of pieces submitted for exhibition. Every light was rounded up to ensure our space looked like Aladdin’s Cave. And we had the cheek to demand from the Trust that the whole hall was painted black to enhance this effect. 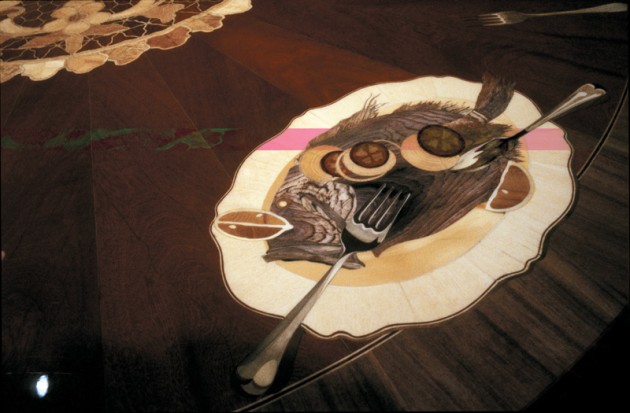 To ensure that woodcraft was indeed ‘going to the opera’, we commissioned Peter Kolasinski, fine woodworker and group member, to photograph each participant so that we could display our images throughout the exhibition, very much in the style of the dramatic cast of the Opera House productions. 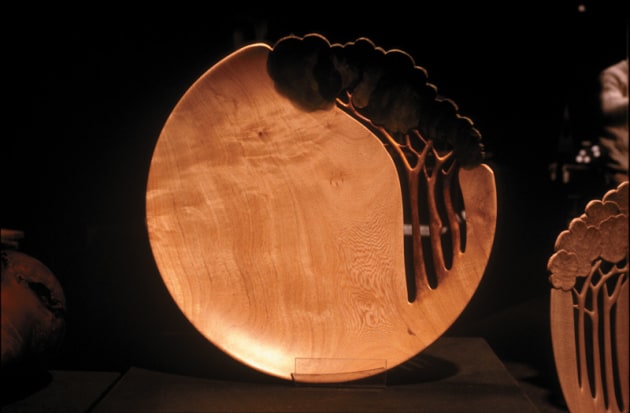 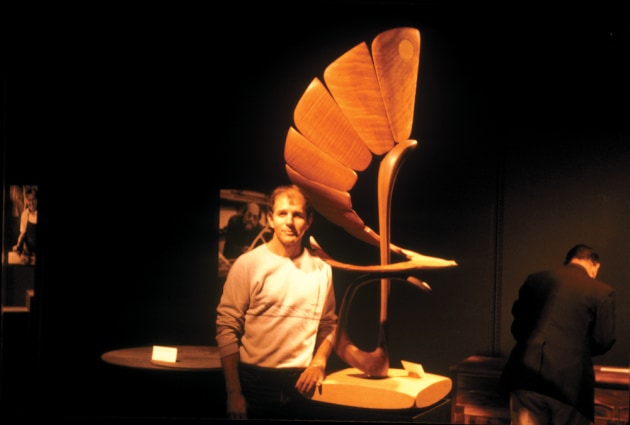 The most powerful memory I have of the event is going into the exhibition hall on opening night with my wife Ginny, both feeling completely overcome and overwhelmed, having to exit for fresh air before regaining our composure and re-entering what undoubtedly was the most extraordinary wood exhibition ever. 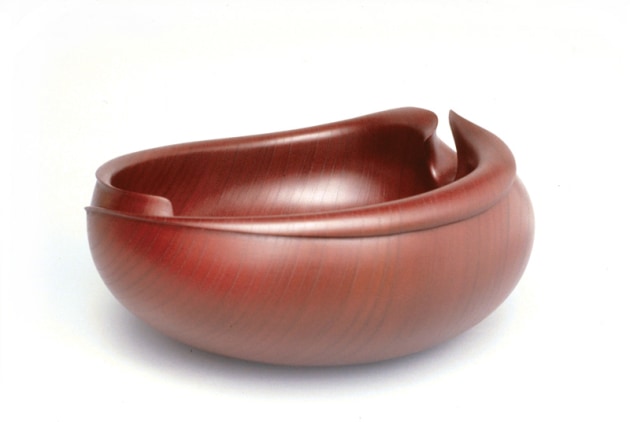 The public response was remarkable and the Opera House Trust invited us to exhibit again in 1987. One concern expressed by some commentators was the lack of reference or homage to obvious influences: Krenov, Maloof, Nakashima and Alan Peters. No one of course mentioned the much less obvious influences: Schulim Krimper, Borge Mogensen, Michael Cooper, Jimmy Possum, Shaker furniture, Norse stave churches, woolsheds, axe handles and spokeshaves, hewn farm buildings, larrikinism, perfect breaks… 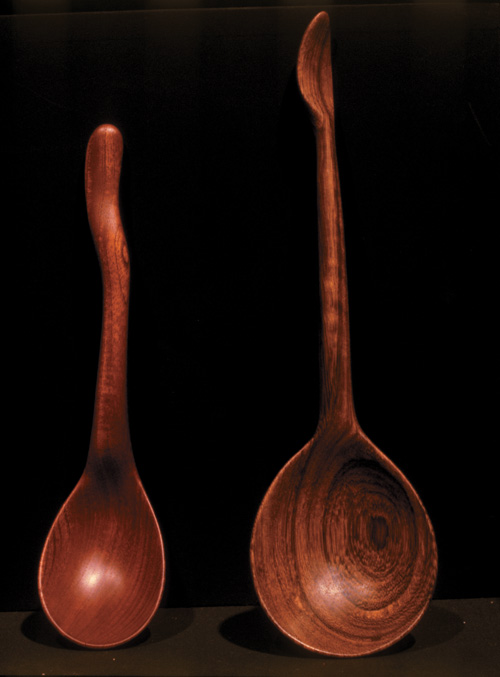 From my own point of view, the realisation of a long held ideal to promote wood as part of the craft movement was achieved. The Woodworkers Group of NSW reached a maturity which was difficult to comprehend. Our first few exhibitions were practice runs for something really extraordinary. Woodcraft Goes to the Opera was like a high tide mark; it left flotsam well beyond the beach right up in the forest, and really influenced many of us and many more woodworkers to become enthusiastic and involved. I will let the incorrigible Michael Gill, the association’s then newsletter editor, have the final word2:

‘Thank you to all those who honoured their commitment to the exhibition manning roster, who forced catalogues on tightfisted freeloaders, who dusted and cared for their colleages’ exhibits and business cards, who scrubbed the scuffs off those bloody matt-black plinths and, most importantly, managed to drag themselves away from their own exhibit to propagandise and “sell” their fellow woodies’ work. Congratulations to Grant Vaughan, whose work was so much admired, so often that it became bloody tedious! So help me, if I had a dollar for every time somebody raved about that bloody bowl, that bloody oval mirror and that bloody cabinet, I would be a rich man.’

Leon Sadubin is best known for his furniture in the new Parliament House and the Powerhouse Museum in Sydney. He designs and makes furniture from his studio in Gerringong, NSW. 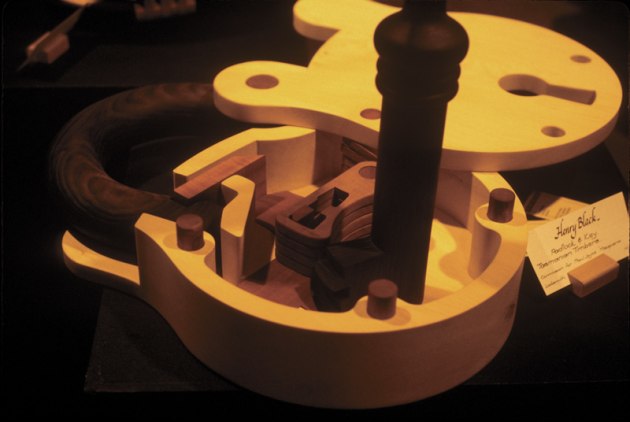