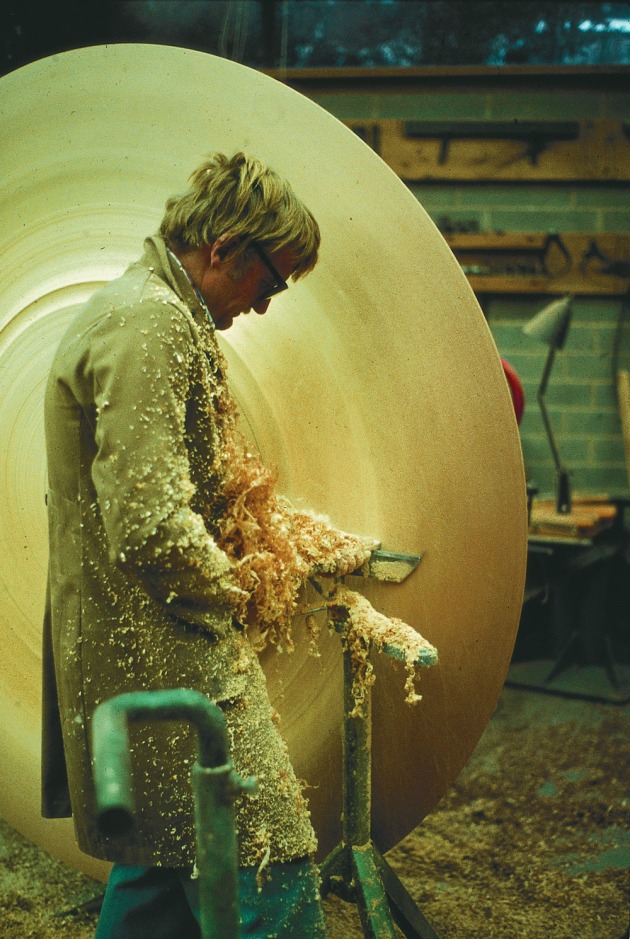 Above: Vic Wood turning a wall plaque on a shopmade lathe in 1978.

Sadly, I heard yesterday that Vic Wood has died. I haven’t seen or spoken to him for many years and yet he was one of those people in the wood world whose presence and influence forever seemed a given.

I met him many years ago at the time of the first wood shows. Vic was the man, the teacher, the friend, the woodturner and importantly an artist that everyone knew and seemed to revere. People were always talking about and deferring to Vic Wood. He really was a mentor and inspiration to many.

In person Vic was the tall and somehow quintessential Australian. Laconic but articulate, with a sense of humour that revealed itself in his eyes.

Vic literally taught a generation of woodworkers; high school, tertiary and private students as well as countless others, because he was a sought after demonstrator and presenter for all kinds of local and international events. He was also a community man who brought people together. He was the first president of the Victorian Woodworkers Association. (I always loved how that group seemed to bear his name – he really was Vic Wood through and through.) And he brought other artists to Australia to teach. After Stephen Hogbin’s visit everyone was splitting and reassembling their turnings and taking their work in new directions.

Vic’s own turned work was innovative and influential – his forms filtered down so far that the identity of its originator was often lost. If you’ve seen those turned wave forms with edges cut to form diamond shaped bowls and lidded containers, you’re looking at the idea that Vic developed and took to artistic heights. Wide, burnt and charred rims were another theme in Vic’s work that became a trademark technique that he taught to many. 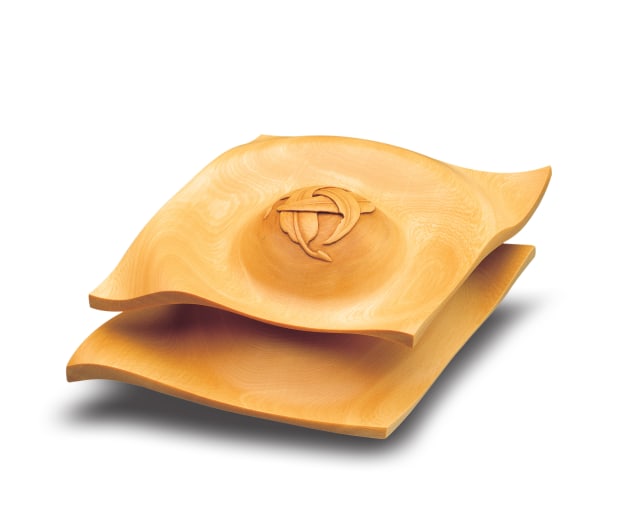 Vic Wood first appeared in the pages of Australian Wood Review in its second issue in 1993 along with other woodturning influencers of that time such as Terry Martin and Andrew Potocnik. 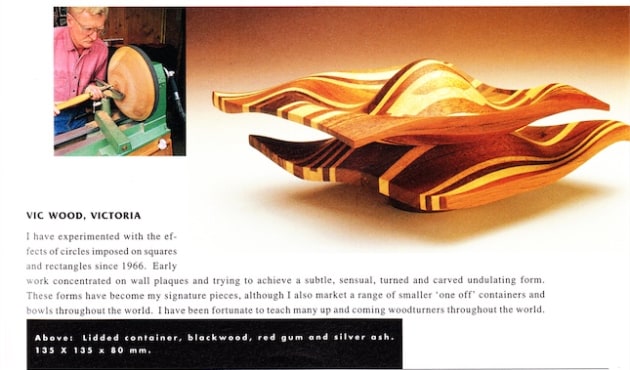 A clipping from AWR issue 2 article 'Off the Lathe 1993' which featured a number of lathe artists.

Vic influenced people on a personal and public level and his work ranged from small to large scale. Segmented and reassembled wall art turnings were another signature form that many others were inspired to recreate and develop. His 14.5 metre long Wall Mural commissioned for the Housing Industry Association in 1984 is witness to this. 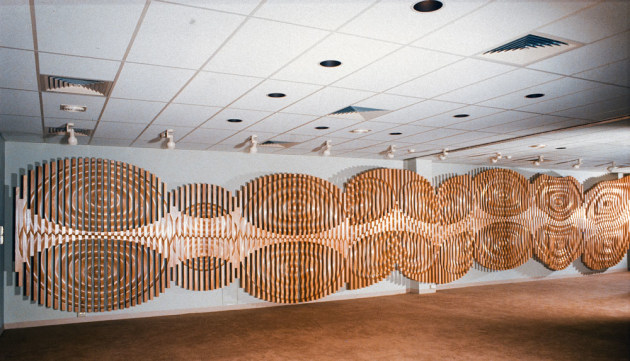 In issue 90 of Australian Wood Review magazine the late Neil Scobie paid homage to Vic calling him ‘the grandfather of Australian creative woodturning’ and noted that he was mentor to other well known lathe artists including Stephen Hughes, Ken Wraight, Guilio Marcolongo and Brendan Stemp.

On account of his humanity and generosity of spirit, Victor George Wood is no less than an icon to woodturners of a certain age, but his artistry has pushed him beyond that as his public and collected art works now testify.

It is a harsh time for family and friends to lose a loved one in the midst of a pandemic, and especially in Melbourne that is still under lock-down restrictions. Our condolences and best wishes go to Bev Wood and family, and to Vic Wood’s many friends for their loss.

In the coming days we can hope to hear more about this remarkable man from people who knew him well.

Please feel free to leave your comments below.