The award winners for Maker of the Year presented by Carbatec have now been announced and their entries as well as finalists from our Top 100 are featured in the December issue of Wood Review magazine. 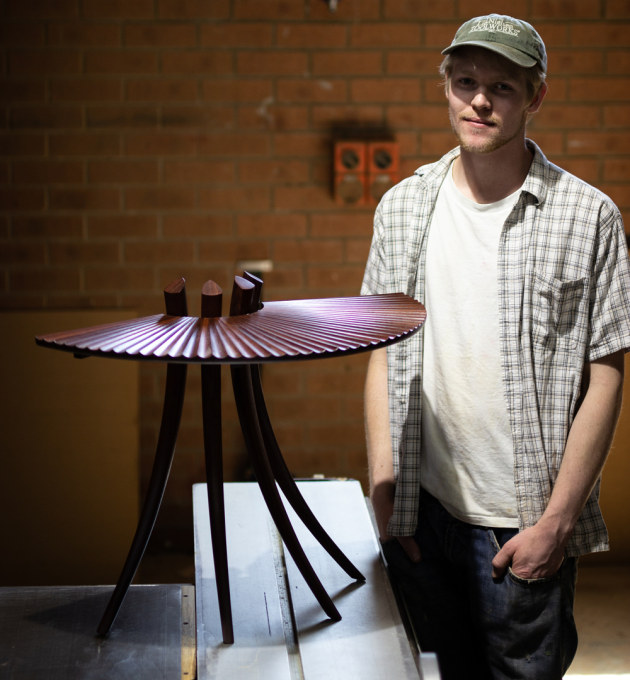 William Bayliss, shown above, is Wood Review’s Overall Maker of the Year 2021, and winner of the Furniture category for his entry: Bunyjul Occasional Table. He is also acknowledged as the maker of the runner-up winning entry which was designed by Evan Dunstone. And yes, there is a deeper connection between these two makers as William is Evan's former apprentice, and now qualified full-time employee.

Below William tells us how the design for his Bunyjul Occasional Table developed and how he has now made the design in blackwood (as shown above), which has allowed him to modify the process.

The Bunyjul Occasional Table takes its name from the Nugal-Waarra word for frilled-neck lizard. It explores fluted shapes and curved surfaces to create a piece that is both sculptural and whimsical. During the recent Covid19 lockdown in the ACT, I decided to live in the Dunstone Design workshop flat. If I was going to be in lock-down, it might as well be in a creative space. 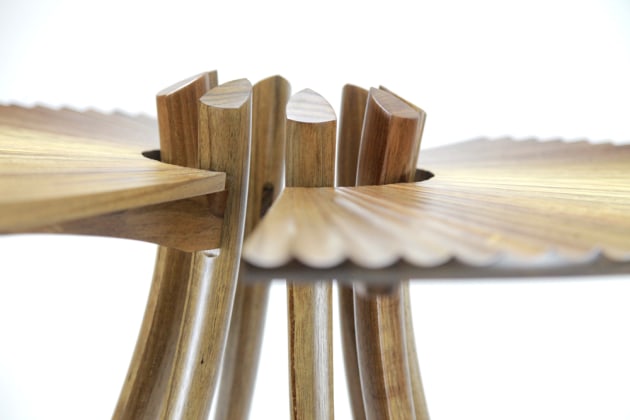 I spent the first couple of nights studying the workshop library and sketching extensively. I re-read Alan Peter’s seminal book Cabinetmaking: The Professional Approach and looked again at his well-known Fan Table design. I realised through the sketching process that two fluted surfaces, placed back-to-back, reminded me of the frilled-neck lizards I grew up with in Darwin. This is when I really started to play with the concept of a pair of small tables that, when used together, formed a sculptural relationship. 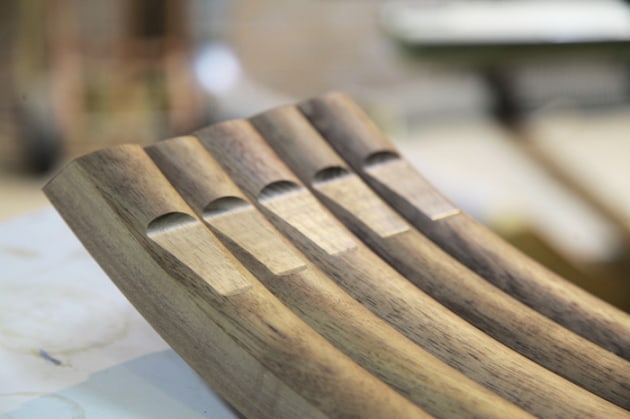 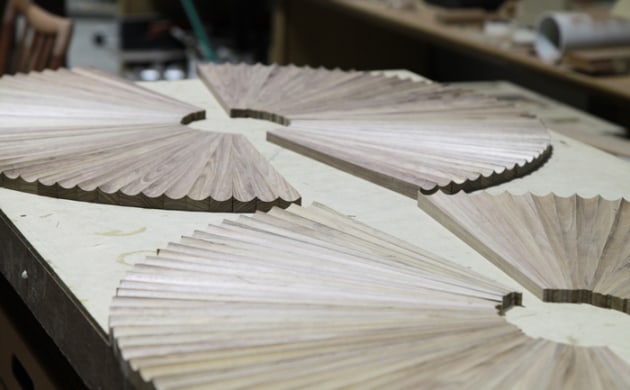 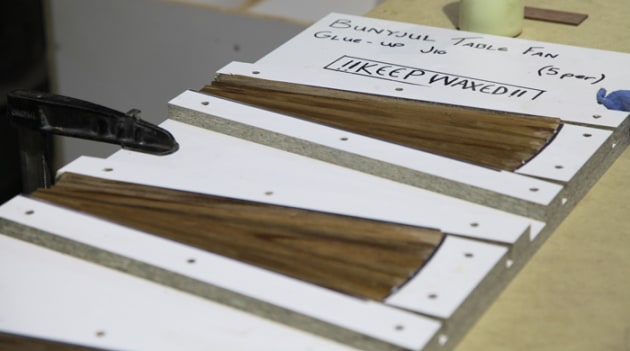 The original pair of Bunyjul Tables in jarrah were essentially prototypes. I was pleased with the results but I realised there were further opportunities to be had with the legs. The curved legs on the jarrah Bunyjuls were shaped directly from the solid using hand tools. By using blackwood, I would be able to steam-bend the legs and have the grain follow the primary curve. 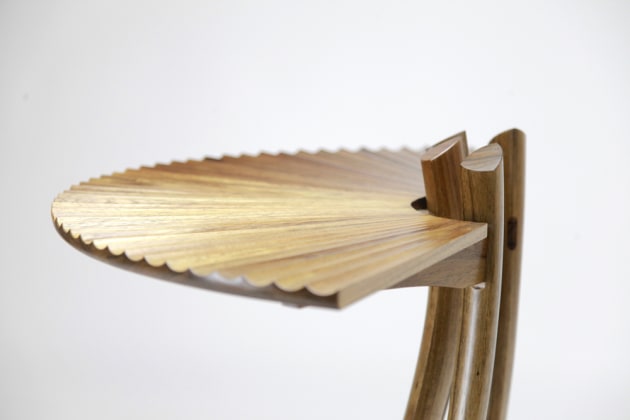 I learned about steam-bending while on scholarship at the New Zealand Centre for Fine Woodworking in early 2020. I did not know how well a steamed curve could then be shaped with the spindle moulder and router table. The process worked exceptionally well. Despite the steam bending and power shaping, there’s still extensive hand work with a block plane and a spokeshave required to achieve the final shapes. 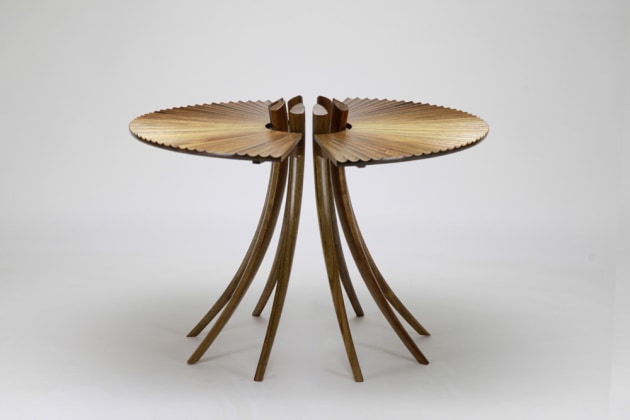 Each Bunyjul tabletop sports 45 fluted and tapered sections, glued together to form the fan. It required hours of precise hand-sanding to achieve the pristine fluted surfaces. Blisters, sweat and tears were inevitable.

Bunyjul employs Australian timbers and organic Australian forms to create a sculptural and considered design. I enjoy the echo of the original Peters design, a piece (and maker) that I greatly admire. This journey has added a new leaf to my book as a craftsman.

Wood Review magazine is available from newsagents and selected retailers.
Subscribe to the digital or print edition now!
Buy the digital edition of issue 113 now!