It’s over six months since we launched our inaugural Maker of the Year awards and what a journey it’s been. As the entries rolled in we’ve had a steady flow of inspirational work to view, and you can now see 306 great examples of fine woodworking on our website. Where else in fact can you view such a diverse collection of current work by Australian and New Zealand makers?

But now it’s over to our four judges. You might recognise them, because they’ve all been on our cover. They are all professional woodworkers whose formal qualifications span the disciplines of engineering, architecture, design and education as well as trade skills. With a panel of four we're ensuring that thorough evaluation will be given to all entries. To ensure impartiality, judges may also declare any conflicts of interest or prior relationships.

The finalists they determine will be announced in our November 4 eNews, sign up here if you're not receiving that. Award winners and selected entries will be featured in our December issue 109, subscribe now to receive that.

Maker of the Year is 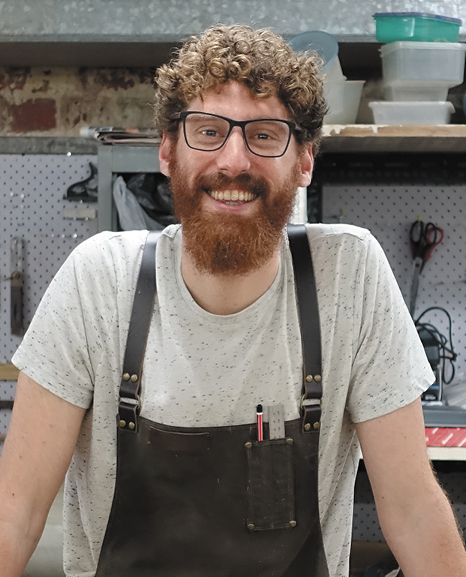 Adam Markowitz first appeared in AWR#98 in a cover story titled ‘The Modern Maker’ and in 2018 was a speaker at Wood Review's live event Tools for Design. He has written for Australian Wood Review – read one of his articles here. After completing a degree in architecture Adam attended graduate schools of design and craft in Melbourne (University of Melbourne), Hobart (University of Tasmania), The Netherlands (TU Delft), Denmark (Royal Danish Academy of Fine Arts) and the Center for Furniture Craftsmanship, Maine USA.

Exposed in those schools to fine craft and traditional joinery, Adam has developed a design philosophy that values the intimate connection between design and fabrication, and the opportunities found at the intersection of modern digital processes and traditional methods of craftsmanship. When not prototyping in the workshop, Adam currently teaches Design and Architecture at the Melbourne School of Design, University of Melbourne.
www.markowitzdesign.com 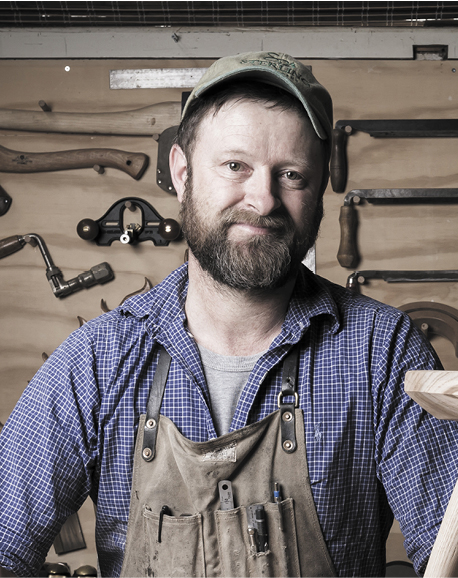 Bernard Chandley is a Melbourne furniture designer and maker who went from a traditional carpentry and joinery apprenticeship to many years of theatre set construction before becoming a bespoke furniture maker with a love of Windsor chair joinery. Not content with exquisitely reproducing traditional furniture, Bern has gone on to create his own contemporary designs within that vernacular. He has a huge social media following and is a popular panelist at design and craft design forums.

In addition to other awards Bern received the George Ingham Chair Award for his CoCo armchair at AWR Studio Furniture 2018. He completes a range of commission work and also teaches chairmaking classes locally and in the USA.
www.bernchandleyfurniture.com 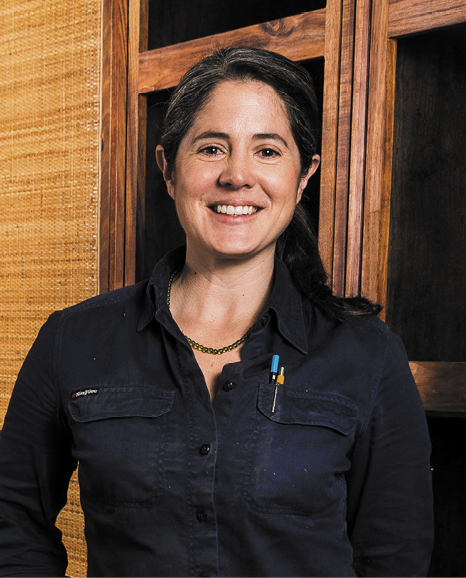 Laura McCusker is an internationally acclaimed furniture designer maker based in Tasmania. Her work is described as ‘exceptional’ by Tyler Brule (Wallpaper magazine) and her pieces have featured regularly in Australian and international interior design publications including Monocle, Monument, The Financial Times (UK and Asia), Australian Financial Review, Vogue Living and Craft Arts International. Over her 21-year career as a designer/maker, she has been the subject of a number of TV documentaries focusing on her studio practice.

Laura's work has been commissioned locally by both the Tasmanian Museum and Art Gallery and by MONA (Museum of Old and New Art) and has travelled as far as the US, UK and Europe. Her designs are instantly recognisable from the clean aesthetic and mid-century influences, and her no nonsense approach to problem solving some of the most challenging commissions has meant that demand for her work continues to increase locally, interstate and internationally. Laura appeared on the cover of AWR#92 and was also a featured speaker at AWR Live: Tools for Design and summarised her presentation here.
www.lauramccusker.com 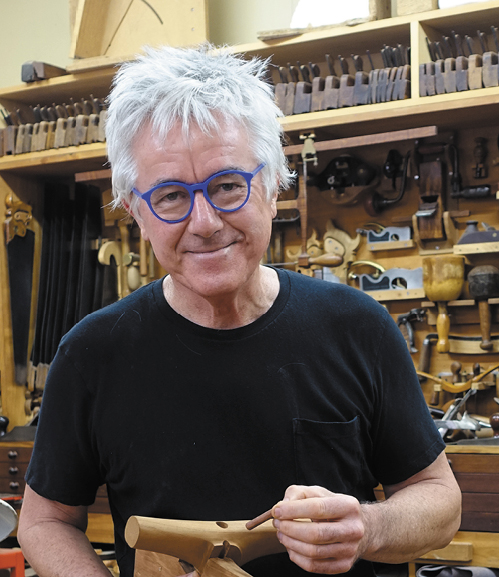 Robert Howard is a designer maker of furniture and also a wood sculptor. Since 1996, as a Contributing Editor for Australian Wood Review, he has written over 80 articles that cover everything from design, technique, tool and furniture making through to woodcarving. In 1978, as a graduate mechanical engineer Robert went on discover his true niche in fine woodworking. After working in trade workshops he became a self-employed woodworker in 1988 and soon discovered another of his loves which is teaching woodworking to others. Robert works and teaches from his South Brisbane studio.
www.roberthoward.com.au

Maker of the Year is proudly sponsored by