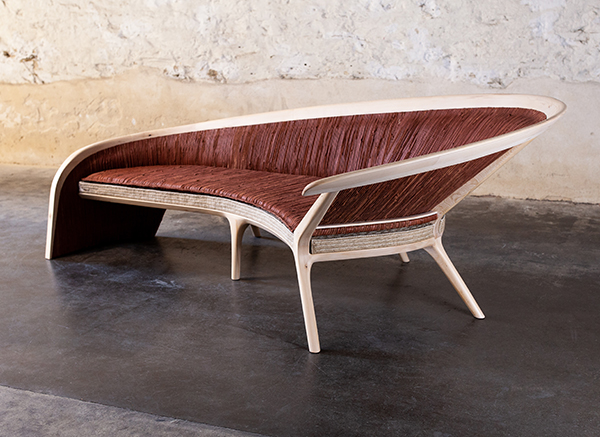 Broached Goulder is a collection of limited-edition furniture that recounts, through artisanal making, a deep connection between a fourth-generation Australian furniture maker and the generations that came before him.

Jon Goulder did not hesitate as a teenager to leave school in Bowral young and join his family in the factory in Mittagong, New South Wales. By twenty Jon had lovingly embraced his grandfather’s, father’s and uncle’s tuition, stood at the benches with three generations of Goulder furniture makers and realized no career was to be had - not a passionate and enjoyably one - reupholstering broken down Victorian antiques. 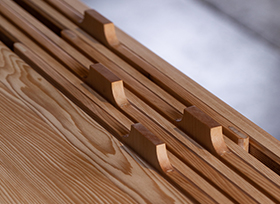 Jon trained at the Canberra School of Art under the late George Ingham. His adult aesthetic sensibilities were forged during this period. The beaten-up Victorian chaise lounges were pushed to the corners of his creative consciousness, never to be returned to until now.

Broached Goulder is a synthesis of technical innovation with traditional techniques, such as upholstering using coconut fiber and hessian. The result is a collection that combines deep memory with Jon’s contemporary practice, defined by a passion for testing the boundaries of hand-crafted form.

Whilst Jon abandoned the idea of growing the family business, or one resembling it, he maintained fidelity with the artisanship inherent in the Goulder line. His practice is defined by an obsessive drive of one-upmanship; against the CNC machine, against the hacks amongst his peers and indeed a few in the Goulder line, but most importantly against his own heightened fear of mediocrity. Jon is propelled by a deeply personal and professional perspective to make every piece a step forward in craftsmanship. Water-formed leather and hand carved timber are two elements that define the bespoke qualities of this collection. 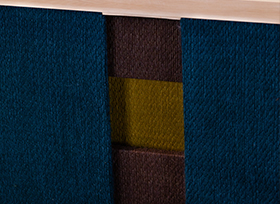 Broached Goulder provides a unique opportunity for Broached to trace the trajectory of Australian furniture manufacturing through the unusual intergenerational experience of one highly skilled furniture maker.

The Goulder family started in the early 20th C supplying furniture, in volume, to Sydney’s large department stores. A century later Jon is the sole remaining practitioner; a studio-based artisan, creating bespoke works based on commission. A model based on volume has been inverted, over the course of a century, to one based on artisanship. Jon’s teenage intuition to leave the family workshop was an unconscious recognition of the larger economic condition, which was seeing huge swathes of manufacturing move offshore. The romance that surrounds the artisan can also be a simple, pragmatic business decision.

To kickstart the research and design development process Broached asked Goulder a series of questions; what does it mean to be a fourth-generation maker if you are making in a totally different way? What is the burden of inheritance? When working in a workshop filled with men, what was learnt from your mother? 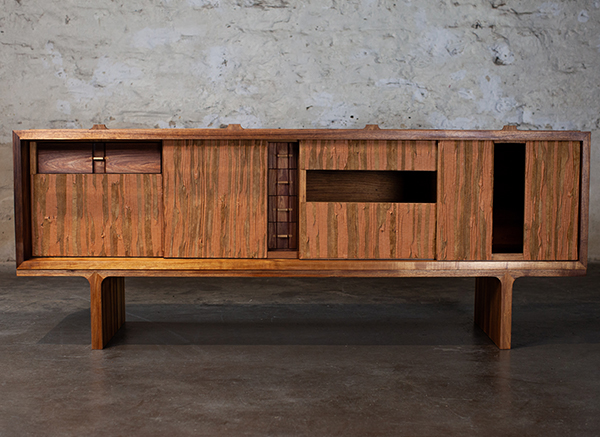 Jon’s mother believed in the primary importance of education. Having faith in this belief enabled Jon to leave the workshop but not the practice, to find an intellectual purpose for his practice - at Canberra School of Art - to ensure the Goulder capability was continued, even if entirely reinvented.

How to recreate the memories of childhood without representing the forms that so repelled Jon, was a central question of the design development process. The woven panels of the Credenza and woven upholstery of the Chaise Lounge, by legendary textile artist Liz Williamson, represent the memory of all the fabrics that hung along the walls of the Goulder workshop. The Maharam leather in the collection has been supplied by Kvadrat Maharam and has been used in highly diverse ways; as woven pieces to form the intricate sliding doors of the credenza and the chaise lounge, then as a robust water formed skin backing a standing-mirror and finally as a laminated structural form in the console.

Every piece riffs on a different design period covered by one or another member of the Goulder family and these styles have been synthesized with Jon’s contemporary craftsmanship. The birds-mouth join creates a linking mechanism between many of the objects, each using Australian timbers supplied by Tasmanian Timbers.

This collection is a highly personal reflection by a mid-career designer-maker, at the peak of his powers, on the starting point of his practice. Broached Goulder is the man reconnecting with the boy from Bowral.

Broached Goulder is showing at JamFactory, Adelaide in Gallery One from 15 February - 26 April 2020.