A commission is always a boost for your ego but I tend to feel the price for that boost is having to execute the commission. So I was pleased when asked if I’d like to make something, indeed anything I fancied, from a square of special rosewood.

Working a treasured block of wood is always somewhat nerve-wracking. Stuff it up and there is no replacement material, especially if the original is highly figured or has unusual colouring.

The 290mm square of rosewood, 42mm thick, arrived in hot and tinder-dry Canberra by mail from humid Brisbane. There was minor surface checking typical on hardwood boards sawn years previously. And there were a couple of splits down the centre on each face that soon widened in the low humidity.

Within hours micro splits also developed on the endgrain that had a few days previously been cleanly cut with a circular saw. I knew this meant losing at least 15mm from each end, and that the sooner I turned and waxed the wood the better. Getting rid of the surface checks and saw marks would probably reduce the board thickness by about 3mm.

Deep splits meant that the widest clean boards I could cut for facework like small bowls would be less than 85mm wide. Making a set of small bowls, even with lids, seemed a bit prosaic, so I decided on a group of boxes. I cut three 42mm square lengths from either side of the major splits, then cross cut two of these so I had five box blanks.

Turning a box with a fitted lid is a standard exercise: you make the inside of the lid first, then fit this roughly to the base to establish the parameters of the inside before hollowing and completing the inside. Then, jam the lid on and complete the outside before refining the lid fit. Finally, the base is reverse chucked so the bottom can be turned and finished. Very tall boxes do present a few problems, so I’ll go over the key points. 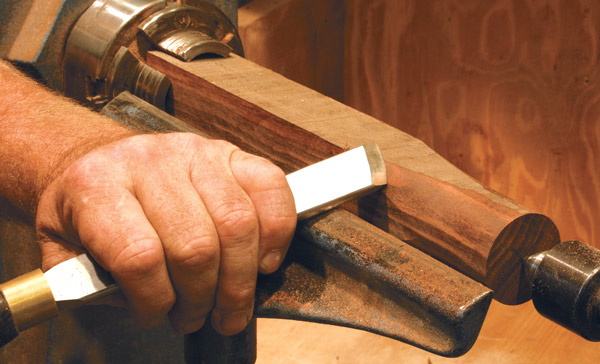 Long blanks are most safely turned using long jaws like the Vicmarc Shark Jaws used here. Turn long blanks to round with tailcentre support for safety (photo 1). Then, having turned one end to a near cylinder, reverse the blank in the chuck for a better grip.

Part off the base section and turn the inside of the lid. For a suction fit and easy completion of the box, ensure the flange that will fit over the base is cylindrical—the sides must be parallel. Check with callipers and take time to get this right, or look forward to a huge amount of frustration as you complete a second rate box. 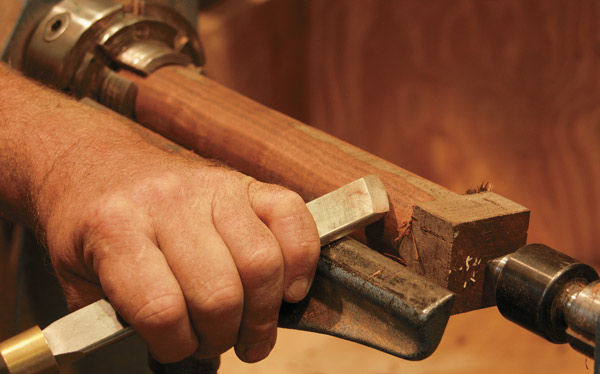 When you’ve finished the inside of the lid (photo 2), complete as much of the outside as you can with the lid still in the chuck. 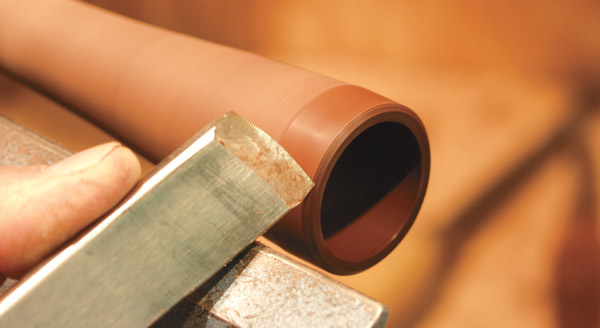 Working this way you can stop the lathe and feel the wall thickness (photo 3). 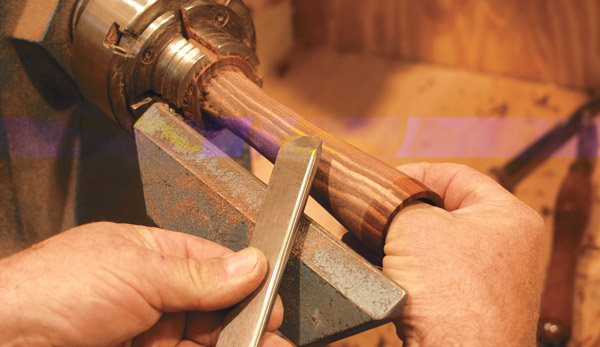 If the rim thickness allows, reverse the lid in the chuck to rough out the upper portion of the lid profile (photo 4), but leave the final cuts and shaping until the lid is on the base. 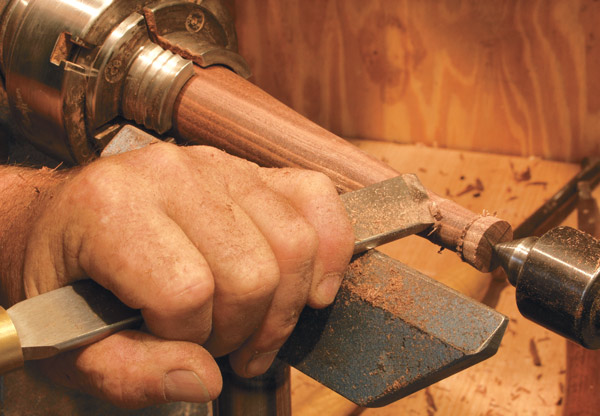 Next rough the base flange and then hollow the inside. Establish the base flange diameter before hollowing the inside, otherwise you may not have enough to fit the lid over. My fingers won’t reach the bottom to sand, so I wrap the abrasive around a split dowel (photo 5). 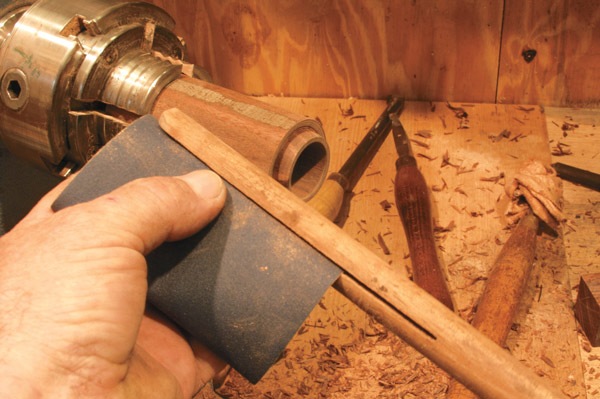 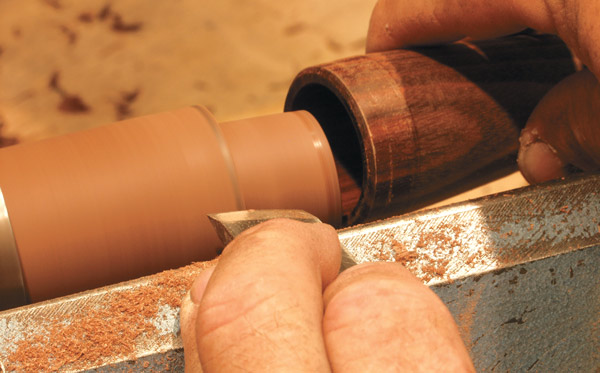 I like my lid and base flanges to overlap at least 15mm on all but very short boxes. Tall suction fit lids are difficult to keep on the base, so have a flange at least 25mm, even 30mm, and if your tailcentre is accurate, use it (photo 7). 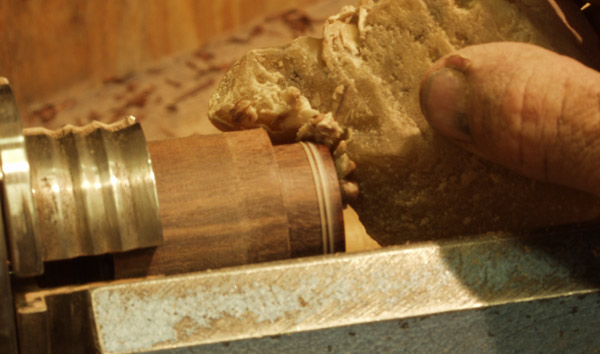 If the lid becomes slightly loose, build a layer of soft beeswax on the flange (hold the wax against the spinning flange to melt it) (photo 8), then ease the lid on before the wax cools.

This will hold the lid firmly in place, but if you push too hard when completing the box profile, the worst that can happen is that the lid spins and wax polishes the flanges. And you have to create another layer of wax.

Tall bases are also easier to finish with tailcentre support: support, not pressure that will push through the short grain in the base. The aim is to prevent the job moving off-centre, not force it against the chuck. Turn the base with a small spindle gouge (photo 9).

I’ve always liked boxes in sculptural groups, and, since mine are usually architecturally inspired, I see them as small clusters of buildings. And these are so much easier to re-arrange than real buildings…