Tablesaws, drill presses and mitre saws are commonly found in small workshops. Various jigs and techniques can enhance their versatility and functions. here are some ways to make your machines work harder and smarter. Hopefully these tips will bring more pleasure to the time you spend in your workshop.

1. Circle cutting on a tablesaw

Using a sliding jig, this technique changes the shape of a workpiece progressively to a circle. The sliding jig is similar to a panel cutting jig but without a fence.

To use the jig, start with a roughly square stock about 25mm oversize and drill a centre hole underneath. Next, insert a finish nail at a distance equal to the desired radius from the blade. Slide the jig to trim the first corner off and return the jig. 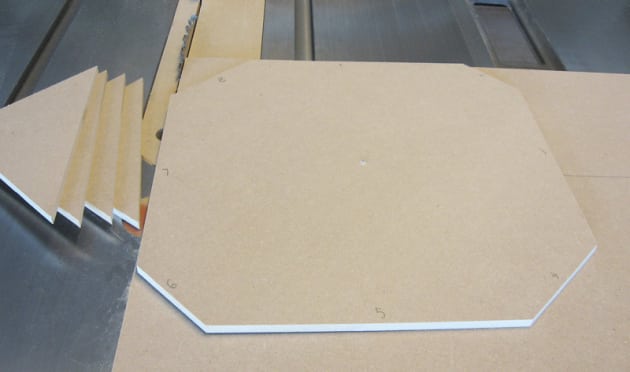 Rotate the stock to another corner and trim the second corner as before. Continue this trimming to form an octagon, then a 16-sided piece, and so on. In the final step, rotate the stock clockwise against the blade to true it to a perfect circle.

It is quite a challenge to use a mitre gauge to make angled cuts based on a layout line rather than an angle. To align the blade to cut precisely on a tapered line, I came up with a magnetic alignment straightedge.

To build the alignment jig, counterbore two holes about 100mm apart on a straight stock (MDF, for example, about 500mm long) and glue two round magnets in place so that when the straightedge is attached to the blade, the jig’s edge is flush with the teeth.

How can you drill a hole to house a round object, say, a magnet, flush with the surface without any tedious process of trial and error? Here’s how. First, set the depth stop and bore a hole about 0.1mm to 0.5mm shallower than the thickness of the magnet. Put the magnet into the hole and stack sheets of paper till the stack is flush with the top of the magnet.

The stack represents how much deeper the hole needs to go. Place the stack of paper underneath the workpiece and, without changing the setting of the depth stop, drill the hole to its final and correct depth. 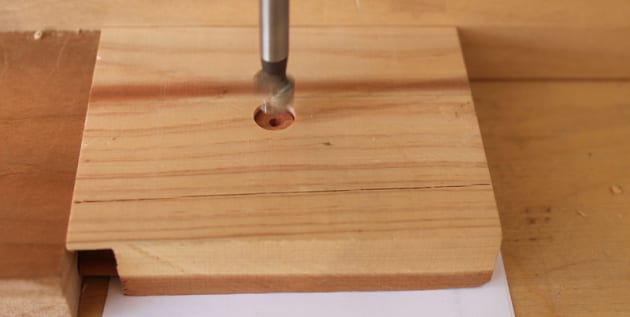 The result will now be flush.

4. Cutting beyond the limits of your mitre saw

Mitre saws have capacity limits on crosscut widths and angled cuts. My mitre saw can crosscut up to 152mm wide. You can increase crosscut capacity by raising the workpiece. To raise a workpiece on a platform, clamp one or two scrap plywood sheets underneath it before making the cuts. For example, two 17mm scrap sheets widen the cut by about 13mm on my saw.

My mitre saw can make angled cuts up to 52° only. I use a wide-angle jig to extend the cutting angles. The jig is a base with an L-shaped square fence mounted on it as shown in the diagram below. 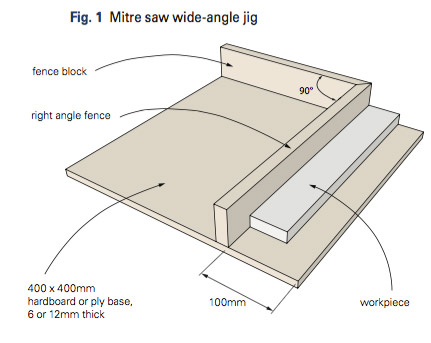 First, clamp the workpiece to the right-angle fence and then set the complementary cutting angle on the mitre saw. For example, to crosscut at an angle of 75°, set the mitre saw to 15° (90° minus 75°). Position the jig with the workpiece in place and clamp the jig to the mitre fence to make the cut (note, the blade guard is raised for clarity). 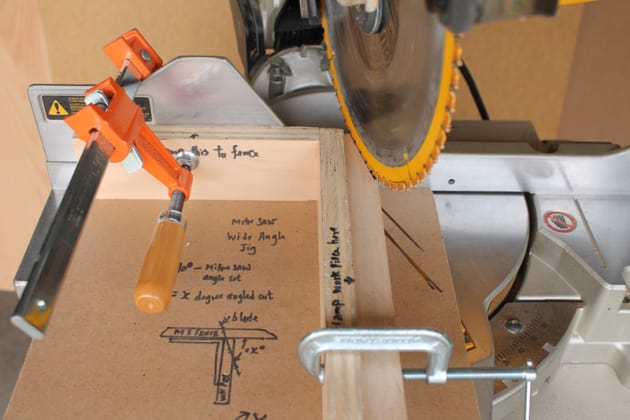 One way to prevent drill bits from overheating and dulling quickly in hard woods is to bore large and deep holes in stages. Start the drilling with a smaller diameter bit and, without changing any setting, enlarge the hole with larger bits until the required diameter is achieved. 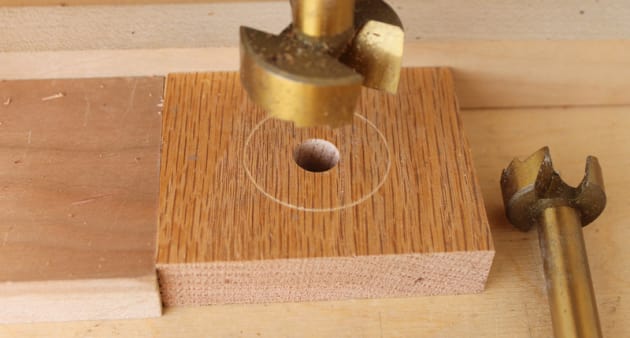 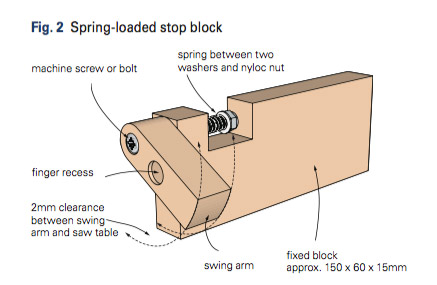 Charles Mak, a semi-retired businessperson in Alberta, Canada, enjoys writing articles, authoring tricks of the trade, teaching workshops, and spending time in his workshop. In the March 2017 issue (#94) of Wood Review magazine Charles shows how to make a small round cafe style table.