Discovered: made in isolation 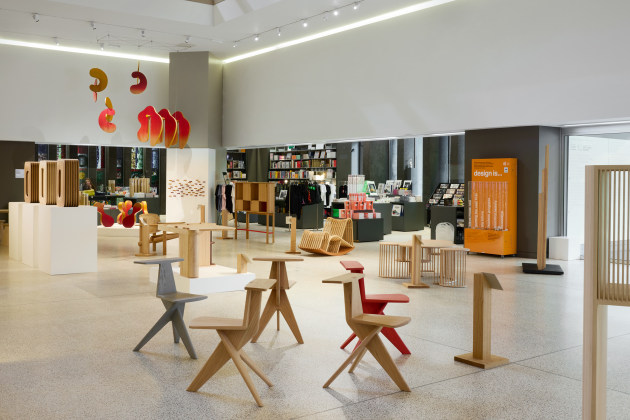 Above: Discovered at the Design Museum, London. Photo: Thom Atkinson

Through the medium of furniture and object design, Discovered: made in isolation brings together the work of 20 emerging designers from 16 countries in an exhibition which opened September 13 at London’s Design Museum.

For Shelter Within, Duncan Young created ‘a modern cabinet of curiosities as a pillar to nature, for the user to engage with the natural world while at home’. The glass sculptural elements were made at JamFactory studios. Photos: Tim Robinson

Participants were invited to draw on the experience of living and working in pandemic-induced isolation, and respond to themes of touch, reflection and strength. The influence of locality, cultural heritage, family and social ritual along with the need for adaptation are also reflected. The resulting works range from furniture through to sculptural objects.

Reframe, Ivana Taylor. The aim was ‘to design a contemplative sculptural object that triggered reflection on the multi-layered nature of any experience, including isolation’.  Photos: Tim Robinson

Three Australian designers were among the participants, including Melbourne maker Vivienne Wong (featured March issue cover  Wood Review), along with Duncan Young and Ivana Taylor from Adelaide. Melbourne designer maker and architect Adam Markowitz, also well known to Wood Review readers, was one of several mentors to the group.

Vivienne Wong’s luxta Me (Beside me) low table was made in American cherry. ‘I wanted to translate my previous understanding of how we can connect and communicate, and looked to create a piece to nurture strength, intimacy and connection.’ Photos: Tim Robinson

Discovered is a collaboration between American Hardwood Export Council (AHEC) and Wallpaper magazine which aimed to provide a digital platform for young designers during a year in which the usual channels for exposure were inaccessible, while also promoting the use of American hardwoods. Manufacturing partners were enlisted to produce the 20 designs. These included Evostyle (Sydney), Fowseng (Malaysia), Wewood (Portugal) and Benchmark Furniture (UK).

The exhibition runs at Design Museum from September 13 to October 10, 2021. Note also that Design Museum and the Powerhouse will feature Discovered in a series of livestreams as part of the Sydney Design Week on Thursday 16 September.